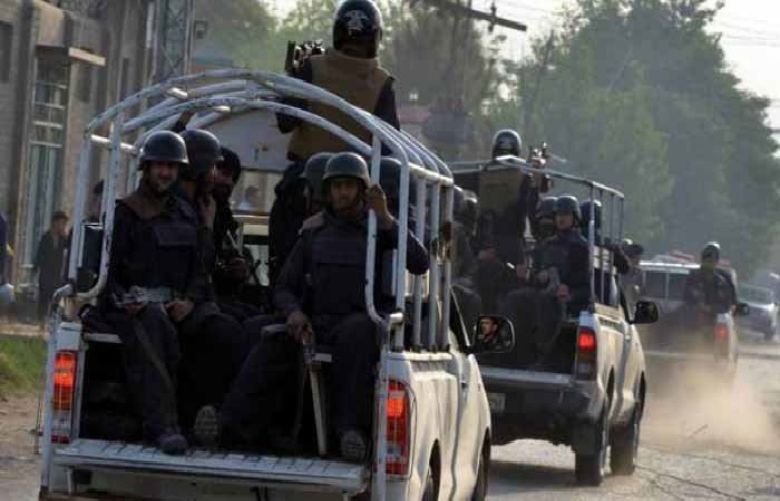 According to details, CTD and security agencies received information about presence of a group of militants in Sango Sarband area who were allegedly planning a terrorist attack.

“The teams proceeded to the area but soon as the they reached, the militants started indiscriminate firing at the raiding teams and tried to escape,” a senior police official informed adding “the firing continued for a long time”.

The official also informed that during the search and clearance operation, four militants were found dead. Four Kalashnikovs and three hand grenades were seized, officials said, adding that around four militants escaped and a search operation was underway.

In Lakki Marwat, police along with residents repulsed an attack on a key police post in Shahtora Takhtikhel area near Serai Naurang town on Friday night. “A group of terrorists used light and heavy weapons to breach the police post building but they faced tough resistance from the cops deployed there,” said an official on Saturday.

He said bullets and rockets fired by assailants hit the building damaging it but the law enforcers returned the fire.

The police post in the rural locality near Serai Naurang is of vital importance as it was established to maintain law and order and stop the infiltration of militants to the district from the adjacent subdivisions of the tribal districts.

The official said that armed villagers came out of their houses at midnight to assist the cops in fighting the attackers. “The cops and villagers fought bravely, forcing the terrorists to flee,” he added.

Lakki Marwat DPO Ziauddin Ahmed visited the neighbourhood where he met the policemen and area elders. He appreciated them for their joint action that left the cowardly attackers with no option but to flee the area. He said the timely action by cops and local residents helped to protect the policemen and villagers from the terror attack.

The district police chief said that police and area people would defeat the menace of terrorism at all costs.