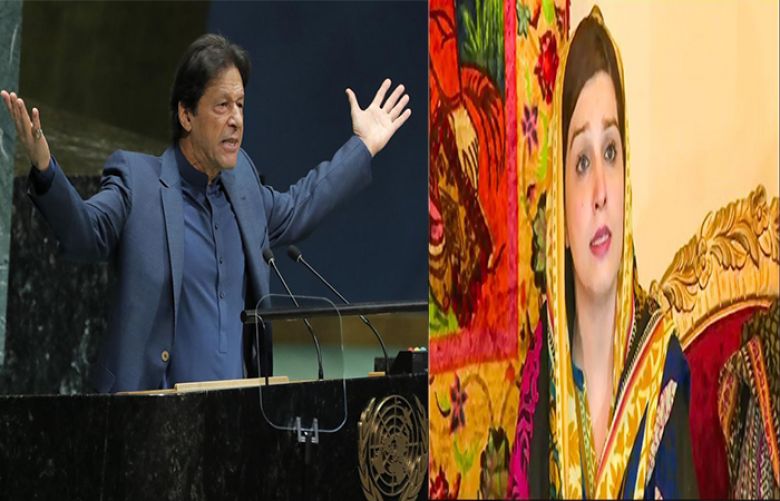 Ms Malik said that PM Khan has brilliantly presented the case of Kashmiris in UNGA as the occupied Jammu and Kashmir has been turned into the world’s largest torture cell by India.

“Now, the responsibility comes to the global leaders and the United Nations to take effective steps against the India’s ulterior motive which would affect whole world,” she said.

“New Delhi authorities have faced complete failure in the occupied valley despite using all illegal tactics to torture innocent Kashmiris. The situation is worsening day by day as the shortage of food is now causing deaths there.”

The PM told the world body that his government tried to approach India for talks before this move but the Indian side’s refusal was the factor talks couldn’t move forward.

“We thought it was because India’s ruling party (BJP) was running an election campaign and wanted anti-Pakistan rhetoric for its success so we backed off, then Pulwama attack happened in which a Kashmiri youth attacked Indian forces but they blamed it on Pakistan without taking into account what led a Kashmiri youngster opted to become a suicide bomber,” said the PM.

The PM added that the Indian government not only attempted an airspace violation on February 27 but Narendra Modi also boasted about it terming it “a trailer of a lengthier movie”.

He was of the view that Modi follows the Hindu-supremacist party RSS’s ideology, which was behind Gandhi’s killing and the current wave of mob lynchings in India.