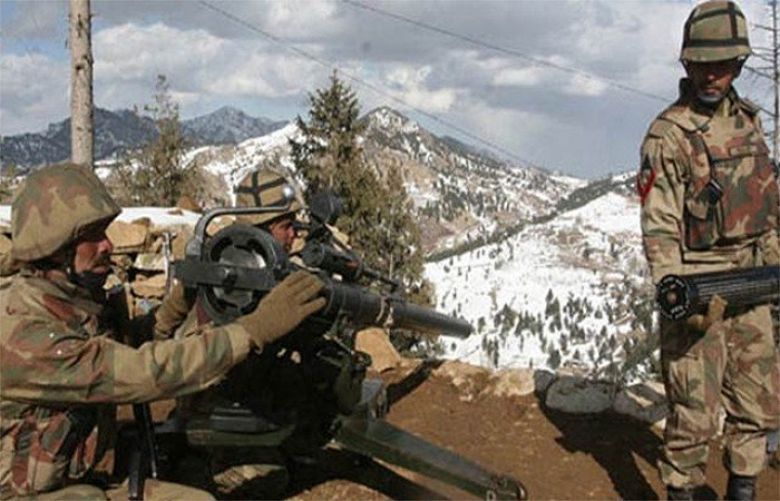 Seven Indian soldiers were killed and 19 wounded in retaliation made by the Pakistan Army against violation of the Line of Control (LoC), Inter-Services Public Relations (ISPR) said in a statement on Tuesday.

Indian troops received heavy loss as many of its positions following response action of Pakistan Army over violations along the ceasefire line.

The statement said that LoC violations were increased from the Indian side during the last 48-72 hours.

Indian troops resorted to deliberate firing at Khoi Ratta Sector [earlier in the day] that martyred an 18-year-old man and injured three women, it said.

It is pertinent to mention here that three Pakistan army soldiers were martyred in unprovoked firing by Indian troops from across the Line of Control (LoC) at Rakhchikri Sector in Rawalakot.

It said Pakistani forces responded to Indian firing befittingly and there were reports of casualties on the other side of the border as well.

Crossfire on the Line of Control (LoC), which divides the disputed territory of Jammu and Kashmir, saw a spike when tensions between two nuclear powers peaked in the wake of the Feb 14 incident of Pulwama suicide attack in which more than 40 Indian security personnel were killed.