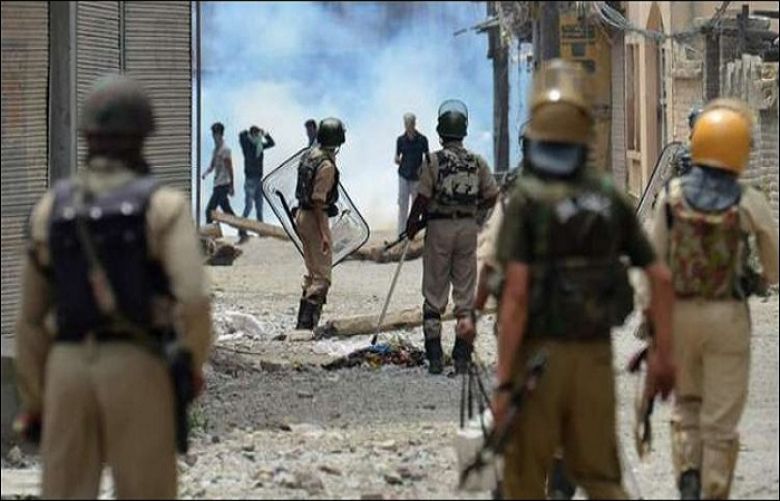 A complete shutter down strike is being observed in Indian Occupied Kashmir (IOK) against the banning of Jammu and Kashmir Liberation Front (JKLF) by the Indian government, Kashmir Media Services reported on Sunday.

Call for the shutdown has been given by the Joint Resistance Leadership.

The Joint Resistance Leadership in a statement issued from Srinagar said, the order to ban Jamaat-e-Islami and JKLF is nothing but an act of political vengeance and an oppressive tactic to suppress the just movement of people of Jammu and Kashmir.

It said that such repressive measures of India would not be able to cow down the Kashmiri people.

Meanwhile, tens of thousands of people had participated in the funeral prayers of two youth, Yasir Ahmed Shah and Showkat Ahmed, martyred by Indian troops in Shopian on Friday.

Thousands of people gathered in Harmain and Arhama, the native areas of the martyred youth, and participated in their last rites.