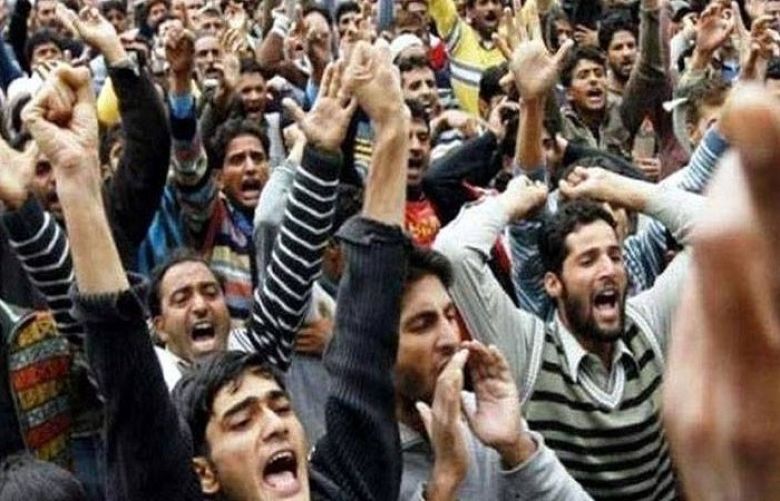 Kashmiris on both sides of the Line of Control and the world over are observing the Right to Self-Determination Day today (Wednesday).

It was on the 5th of January 1949, when the United Nations Security Council passed a resolution supporting the Kashmiris’ right to decide their future by themselves through UN-sponsored plebiscite.

The day is being marked by various activities including rallies, seminars and conferences across the world to remind the UN that it must implement its relevant resolutions to settle the Kashmir dispute to save the Kashmiris from the Indian brutalities.

Prime Minister Imran Khan has said that durable peace in South Asia is contingent upon peaceful resolution of the Jammu and Kashmir dispute in accordance with international legitimacy.

In his message on the occasion of Right to Self-Determination Day, he said, while observing this day, we reiterate our commitment to uphold the fundamental human rights of the people of Jammu and Kashmir and pay homage to Kashmiris’ just struggle spanning more than seven decades.

He said that we are commemorating this day to remind the world community that it cannot abandon its moral and legal responsibilities towards the Kashmiri people.

The Prime Minister said that with the presence of 900,000 troops, India has turned the occupied territory into the largest open-air prison and the most militarized zone in the world.

The Prime Minister said that India’s illegal and unilateral actions of 5 August, 2019, and subsequent measures, particularly pertaining to domicile rules and land ownership laws, were aimed at changing the demographic structure of IIOJK and converting the Kashmiris into a minority in their own land.