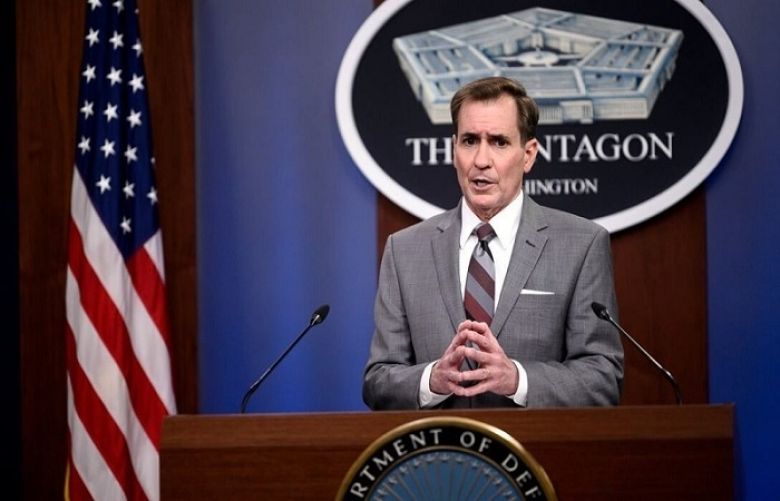 Pentagon spokesperson John Kirby has said the United States had a "healthy military-to-military relationship with Pakistani armed forces", adding that "we have every expectation that will be able to continue to be the case".

The comments from the senior Pentagon official come two days after Shehbaz Sharif was elected as the prime minister of Pakistan, replacing Imran Khan who was ousted last week through a parliament vote.

Read more: Pakistan hints at ameliorating ties with US

In a press briefing on Tuesday, Kirby said the US had shared interests with Pakistan with respect to security and stability in "that part of the world".

In response to a question about election of Shehbaz Sharif as the prime minister and allegations of the ousted premier Imran Khan against the US for its role in regime change, Kirby declined to offer a comment.

"I think you can understand that we're not going to comment about domestic politics inside Pakistan," he responded.

When asked whether the US was prepared in case Pakistan's military intervenes amid street protests organised by former prime minister Imran Khan "with his very large crowd of supporters", Kirby said he did not foresee any US military role there.

"And I'm certainly not going to, again, wade into internal domestic politics in Pakistan," he said.

White House Press Secretary Jen Psaki had earlier said that a democratic Pakistan was critical to US interests.

Ties between Islamabad and Washington touched a new low after former prime minister Imran Khan accused the US of conspiring to dislodge his government. He based his allegation on a diplomatic cable in which it was reportedly said that a State Department official had warned of consequences for bilateral ties if the no-confidence motion failed.

Washington has denied the allegation.

Mending fences with the US would be one of the top foreign policy priorities for the new government.