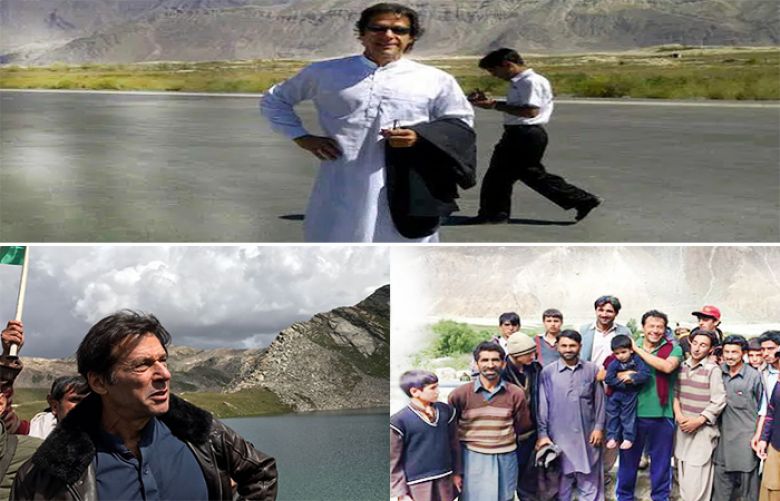 The premier visited Skardu today where he will address a public gathering and also inaugurate a 250-bed hospital.

Federal Minister for Kashmir Affairs and Gilgit-Baltistan, Ali Amin Gandapur, reached Skardu on Thursday to review the arrangements for the premier’s visit.

Talking to journalists, Gandapur maintained that the incumbent government will make Gilgit-Baltistan self-sufficient by promoting tourism in the area.

He said that Prime Minister Imran was interested in progress of Gilgit Baltistan and added that he would inaugurate various development projects in Skardu on Friday.

Earlier in June, it emerged that Skardu emerged as the centre of tourists’ attraction owing to Prime Minister Imran Khan’s tourism policies.

As tourism promotion is among the preferences of the government, the sector is steadily reviving especially in the most northern area of the country, Skardu.

Lately, a large number of foreign tourists have crowded the world’s highest-altitude airport of Skardu. In 2019 so far, more than 50,000 tourists have come to visit the Skardu in Gilgit-Baltistan region of Pakistan-administered Kashmir.

Upon the direction of PM Khan, special steps were taken by the Civil Aviation Authority for the extension of the Skardu airport.

Skardu is an important gateway to the eight-thousanders of the nearby Karakoram Mountain range. Its airport is situated at an elevation of 2,230 metres (7,320 feet) above sea level.