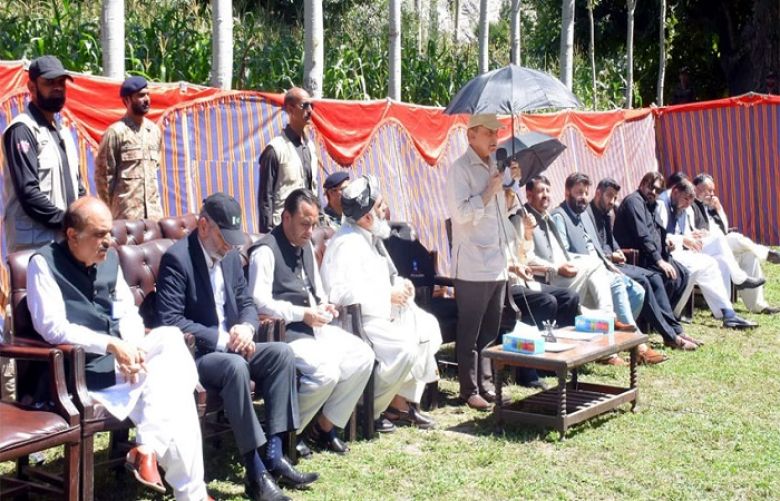 During his visit to the village, the Prime Minister assured the flood-stricken people that government would not leave them alone until all of the families were rehabilitated.

He said government is making all-out efforts to ease the difficulties being faced by the people in flood-ravaged areas.

The Prime Minister also directed the authorities concerned to pay compensation of one million rupees each for those families who had lost their dear ones in the catastrophe.

Shehbaz Sharif also ordered the construction of a five-kilometer metal road to facilitate the villagers.

During the visit, the Prime Minister also distributed cheques among flood-affected people of Shisper Glacier of Hunza at a ceremony held at Gilgit airport.

Earlier, the Prime Minister was told in a briefing that the floods had killed seventeen people and damaged two hundred and forty-nine houses in the village. Moreover, 794 animals and several orchards were also washed away during the calamity.