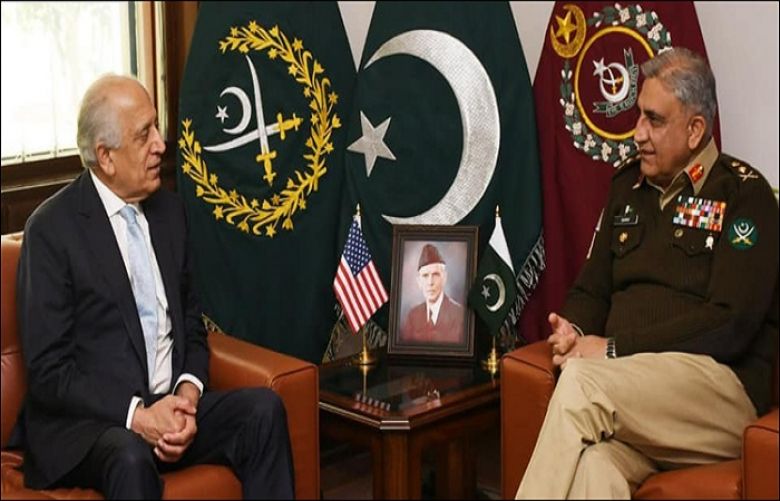 According to the military’s media wing, matters of mutual interest including overall regional security situation and ongoing Afghan Reconciliation Process were discussed in the meeting.

Earlier today, the US Special Envoy for Afghanistan Zalmay Khalilzad had called on Prime Minister Imran Khan at the PM Office in Islamabad.

The two had discussed the Afghan peace process and emerging regional situation.