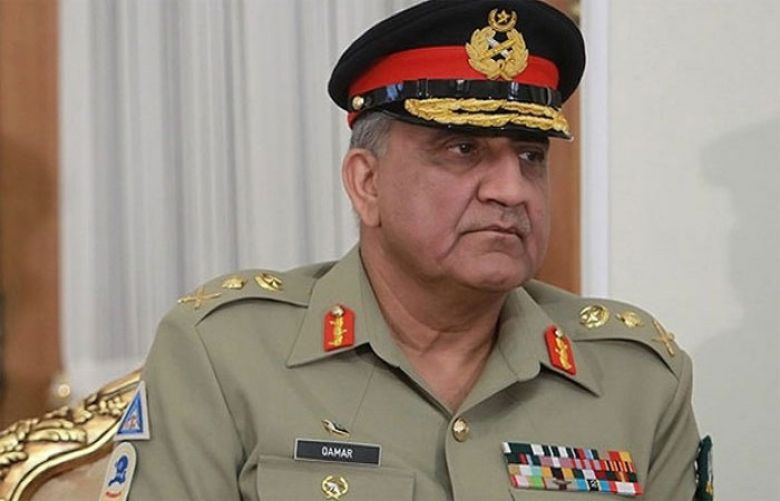 The draft bill for amendment in Army Act has been approved by the standing committees for defence of the National Assembly and Senate which will pave way for an extension to the Chief of Army Staff (COAS) for three years, ARY News reported on Friday.

A joint session of the standing committees of the Lower and Upper Houses was held under the supervision of Captain Retired Jameel and Senator Waleed Iqbal today where the Army Act Amendment Bill 2020 was presented.

The parliamentary committee for defence has unanimously approved the Army Act amendment bill.

During the session, Azam Swati said the draft bill was neither opposed by any political party nor any amendment was presented in the session. He said [Federal Minister for Law] Farogh Naseem has briefed the legal aspects of the draft bill which was unanimously approved by all members.

Earlier in the day, the federal government tabled Army Act amendment bill in the National Assembly (NA) which will pave the way for an extension to the Chief of Army Staff (COAS).

The assembly has also approved a resolution for postponing the question hour and adjourned the session till Saturday (tomorrow). Later, the three draft bills have been forwarded to the NA Standing Committee for Defence.

The government had earlier decided to table a draft bill for amendment in the Constitution and the Army Act to pave the way for a three-year extension in Chief of Army Staff General Qamar Javed Bajwa’s tenure in Wednesday’s session of the National Assembly (NA).