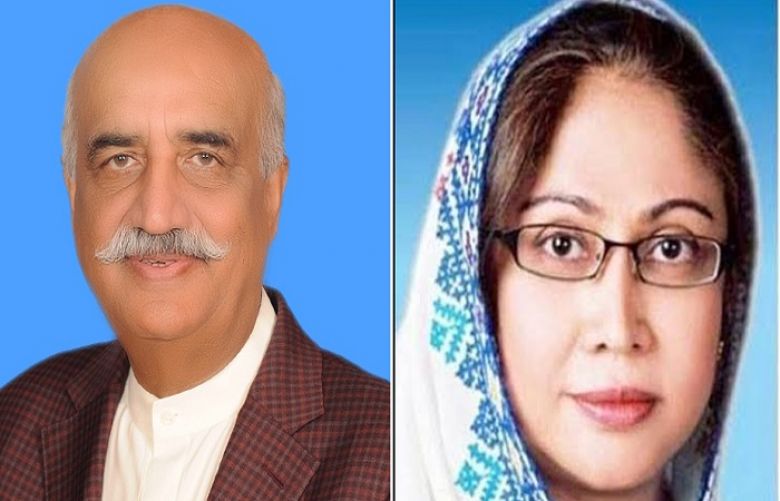 PPP leader Faryal Talpur was granted bail by the Islamabad High Court (IHC) on Tuesday, in a case pertaining to money laundering through fake accounts which is being probed by the National Accountability Bureau (NAB).

She was granted bail against surety bonds worth Rs10 million.

In response to the court's inquiry regarding Talpur's involvement in the case, NAB's counsel insisted that money, allegedly transferred to Zardari Group's bank account from a fake bank account, was withdrawn later by a cheque signed by Talpur.

NAB had taken the PPP leader into custody earlier this year to interrogate her in the case. She was kept in Adiala jail.

Talpur had filed a bail application earlier this month, maintaining that she is the mother of a differently-abled child. In order to care for her child, she asked the court to grant bail until the completion of the trail. Her appeal was meant to be heard last week but was adjourned until today as NAB had not submitted a response.

Zardari, Talpur, and others accused face charges of corruption through fake bank accounts and embezzlement in the financial facility for Park Lane Private Limited and Parthenon (Pvt) Limited. NAB alleged that the national exchequer suffered a loss of Rs3.77 billion because of the irregularities.

PPP stalwart Khursheed Shah was also released on bail by an accountability court in Sukkur. The court ordered him to pay Rs5m in surety bonds for his release.

Shah was brought to the court via ambulance from the National Institute of Cardiovascular Diseases (NICVD) today after a five-day judicial remand granted to NAB expired.

The PPP leader was arrested by NAB's Sukkur and Rawalpindi teams in September this year and was later shifted to Sukkur.

Multiple corruption cases against him are under investigation with NAB. In 2012, an accountability court had directed NAB to file a reference against him on a complaint pertaining to alleged accumulation of illegitimate assets.

In 2013, NAB had reopened two corruption cases against Shah under the directives of the Lahore High Court.