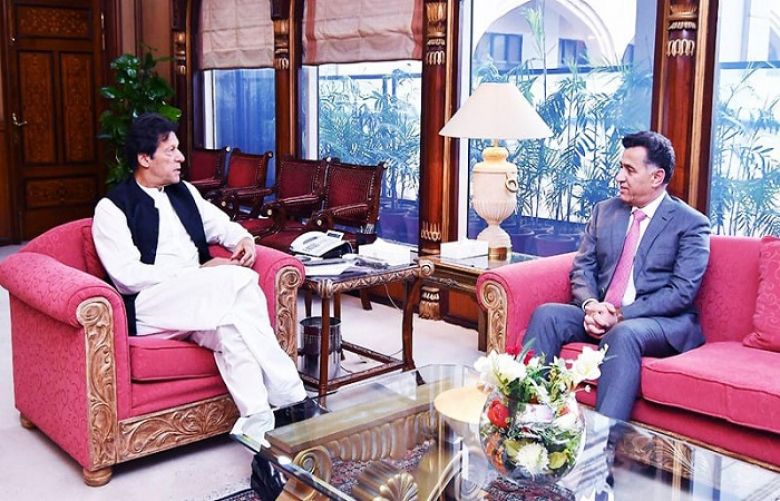 "Matters pertaining to national security were discussed during the meeting," a brief statement issued by the PM Office said.

Lt Gen Faiz was given the charge of the country’s top spy agency in a surprise reshuffle in the army in June, which saw his predecessor, Lt Gen Asim Munir, being posted out after possibly the shortest stint in the director general’s office.

The spymaster had in June met Prime Minister Imran after assuming the charge of his office.

While no details from today's meeting were officially released, it comes after a day after — amid speculation that the civil-military relationship is under strain at the moment — the Inter-Services Public Relations (ISPR) chief said the government and the army are “on the same page” and meetings between the prime minister and army chief are necessary for the country’s progress.

A day earlier Maj Gen Asif Ghafoor, the ISPR director general, said that there was no difference of opinion on the issues of the state with the government.

“The army is supporting a democratically elected government as per the Constitution and there will be no let-up in this as that’s must for progress and prosperity of Pakistan,” the TV channel quoted the ISPR chief as telling the host.

Only last Friday, Chief of the Army Staff Gen Qamar Javed Bajwa had called on Prime Minister Imran. According to the Prime Minister's Office, the premier and Gen Bajwa discussed the security situation within the country, the situation in Indian-occupied Kashmir and Pak-Afghan border.

But what sparked rumours was the prime minister's decision to suspend his official and party engagements for two days to spend the weekend at his Banigala residence following the Friday meeting.

The programme host said that he spoke to the military’s chief spokesperson the other day and asked him about speculation on social media that there was some lack of understanding or consensus on various issues between the premier and the army chief and that there was a long gap between their last two meetings.

Rejecting all such reports as “baseless gossip”, the ISPR chief told the host that the prime minister and the army chief were in regular touch with each other.