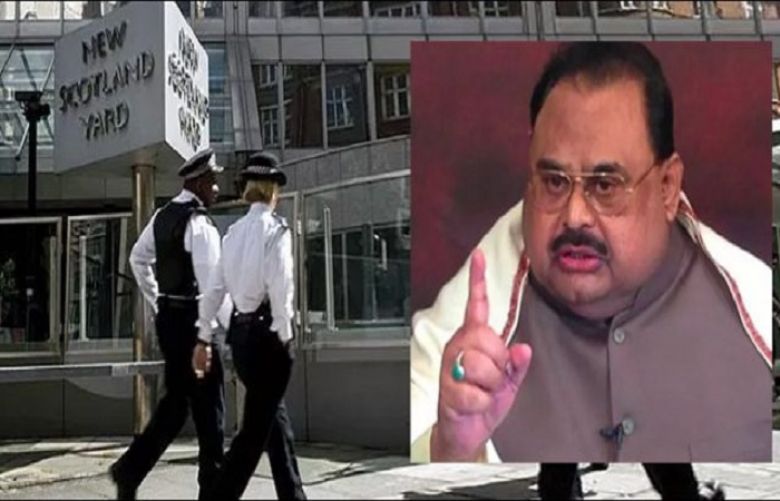 A UK court has banned Muttahida Qaumi Movement (MQM) founder Altaf Hussain from appearing on any form of media in the UK or Pakistan, after Scotland Yard charged him with a terrorism offence on Thursday in the incitement speech inquiry against him.

Hussain was presented before the Westminster Magistrates' court where his lawyers pleaded for bail. But the judge imposed strict conditional bail restrictions, ordering that Hussain should stay under curfew at a specified address every night, and that he will not be allowed to travel without the court's permission.

Hussain appeared at Southwark Police Station in South London for the third time in four months on Thursday to face police grilling in relation to the incitement speech inquiry.

Hussain was charged for Intentionally Encouraging or Assisting Offences, Contrary to Section 44 of the Serious Crime Act 2007 in relation in relation to his August 16, 2016 speech from London and the violence that followed in Karachi because of that speech.

But, for the third time, Hussain refused to answer the questions. His lawyers told police that their client would not answer questions of the police in the incitement speech probe.

After his arrest in June this year, the MQM founder was called again to appear at the police station for questioning in the second week of July, and then again in September this year.

Hussain was grilled for almost five hours at the Southwark police station in connection with the same case and was released after his bail was extended.

The MQM founder was arrested on June 11, 2019, during a dawn raid at his home and taken to a south London police station. Scotland Yard at the time had said Hussain had been arrested on suspicion of intentionally encouraging or assisting offences contrary to Section 44 of the Serious Crime Act 2007.

The UK authorities launched the investigations into the matter after an FIR was lodged in Karachi naming the MQM leader as the instigator. Pakistan then approached UK to investigate the case.

Scotland Yard confirmed last year that an ‘International Letter of Request’ has been sent by the Crown Prosecution Service (CPS) to the Pakistani authorities, seeking help in its investigations in relation to at least two speeches made by the MQM founder.