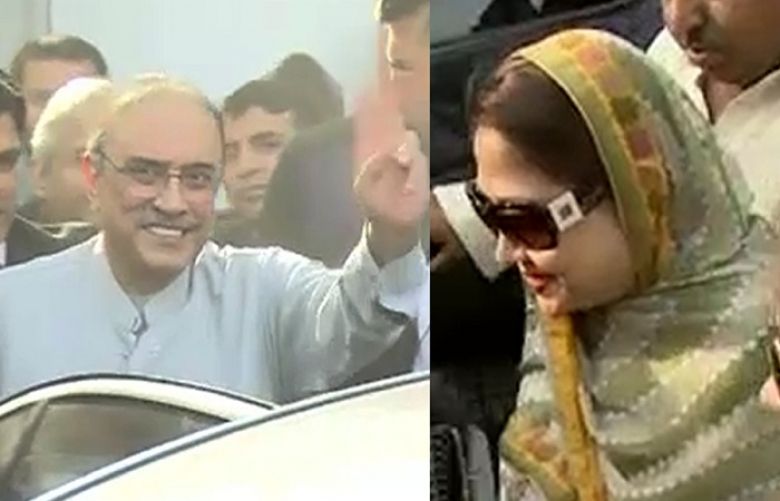 The accountability court of Islamabad on Friday extended the judicial remand of former president Asif Ali Zardari and his sister Faryal Talpur till October 22 in fake accounts and Park Lane cases.

During the hearing, Judge Muhammad Bashir remarked that a course of action should be determined to avoid delay in proceedings.

The National Accountability Bureau (NAB) Prosecutor Sardar Muzaffar argued that a procedure was determined earlier as well, to which the judge replied that the number of suspects has now surged to 30 from 2.

After hearing the arguments, the court extended the judicial remand of the accused and adjourned the proceedings till October 22.