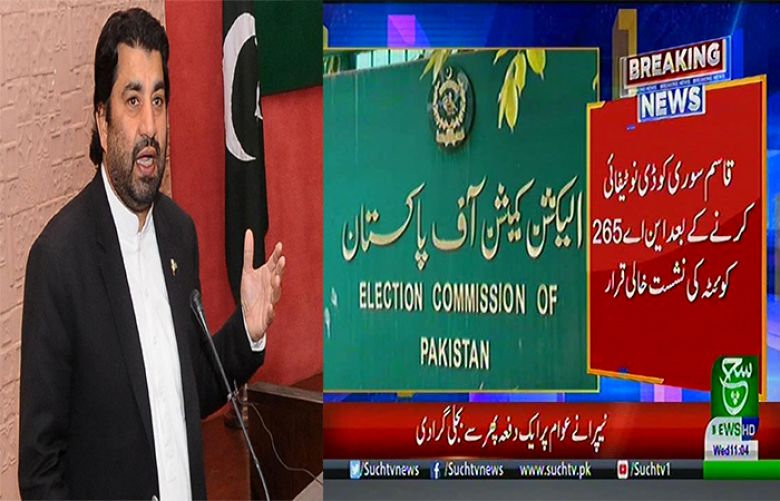 The Election Commission of Pakistan (ECP) has denotified former deputy speaker Qasim Suri as the Member of National Assembly (MNA) following delcaration of his disqualification by an election tribunal last Friday.

An official document has been issued by the commission, stating Qasim Suri is denotified in view of the verdict of election tribunal that ordered to suspend NA membership of the politician.

It may be noted here that an election tribunal had declared Suri’s victory from National Assembly seat NA-265 (Quetta-II) as null and void on September 27. The tribunal also ordered the Election Commission of Pakistan (ECP) to hold re-polling in the constituency.

Later, the former deputy speaker Qasim Suri had challenged his disqualification from the National Assembly seat in Supreme Court on October 1. Advocate Naeem Bukhari filed a petition in the top court pleading to declare the decision of the election tribunal as void.

The counsel said in the plea that irregularities in the electoral process could not be attributed to his client. The petition also pleaded the court for giving an early date of hearing.

Balochistan National Party’s (BNP) Lashkari Raisani had challenged the victory of Suri, who contested the 2018 general election on a ticket of the Balochistan Awami Party (BAP). The tribunal had reserved its verdict after hearing arguments of both the parties on Sept 14.