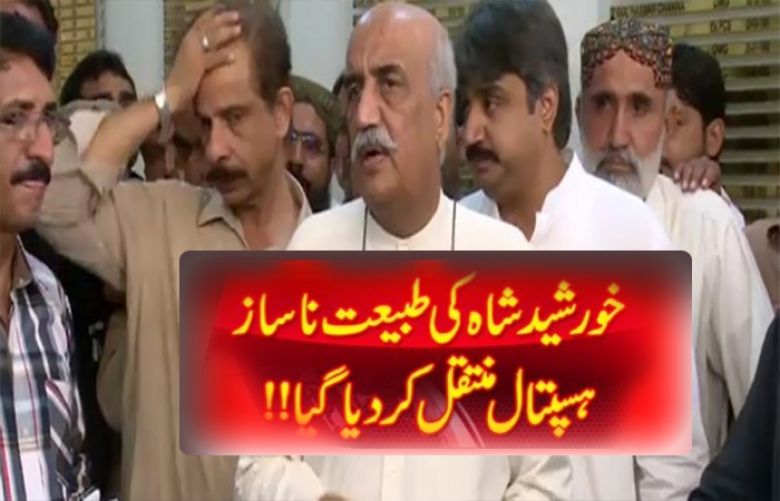 According to sources, Khursheed Shah, who was arrested a day earlier by the anti-graft watchdog, had pain in his abdomen after which he was rushed to hospital where he undergoes a medical examination.

The former opposition leader said that he was having difficulty in breathing, while his heartbeat rate was also recorded higher than normal. His sugar level and blood pressure were recorded abnormal.

The anti-graft watchdog the PPP leader is accused of allotting to himself an amnesty plot illegally from a cooperative society in Sukkur.