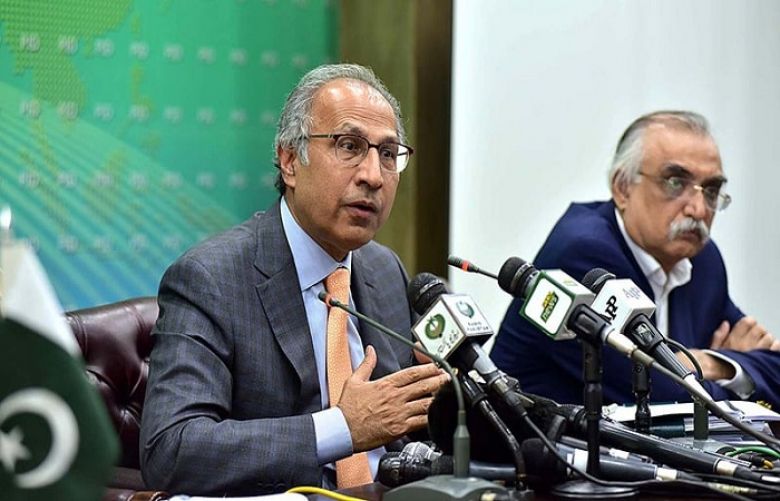 Adviser to the Prime Minister on Finance Hafeez Shaikh on Sunday said that the government is expecting to see "more than Rs1,000bn in non-tax revenue" in the coming year.

"In the coming year, we are expecting great leaps and bounds when it comes to non-tax revenue: the government's earnings through means other than collecting taxes," said the finance adviser during a press conference in Islamabad.

Shaikh then proceeded to provide a break up of how he had arrived at the figure.

He said that the government had recently received a big injection: Rs70bn for the renewal of cellular licences from Jazz and Telenor. "We expect to get Rs70bn more from both companies, and expect the equivalent of Rs70bn from Zong as well. So this will amount to Rs200bn."

Shaikh said that through Re-Gasified Liquefied Natural Gas (RLNG) plants — whose privatisation is expected by December this year — an income of Rs300bn is expected.

"If our exchange rate remains stable, we are looking at Rs400bn earned by State Bank of Pakistan," he added.

"So given all these expected developments, and together with privatisation and other non-tax revenue, we are looking at more than Rs1,000bn in non-tax revenue in the coming year," he explained.

He said that with such an injection of funds, the government will be able to decrease its loans and work on public welfare projects.

The adviser on finance also spoke of the government's tax collection efforts made thus far.

"In Pakistan, the elite class especially is not very good with paying taxes. And we have tried to make this a very important pillar of the government's policy," he said.

He went on to say that in July and August last year, Rs509bn in taxes were collected by the government, whereas over the same two months this year, Rs580bn have been collected, which means a 15pc increase has been witnessed.

Shaikh said that the number of tax filers was previously 1,900,000 and now stands at 2,500,000 and that the government will continue to bring more into the net so tax collection remains a continued practice.

He also spoke of the government fulfilling its promise of the disbursement of sales tax refunds to exporters.

"Last time I held a press conference, I had promised that we would be giving refunds of Rs22bn by way of sales taxes. I am telling you today that this promise has been fulfilled and every RPO (refund payment order) has received its sales tax refund," he said.

Moreover, he provided assurances that a new system has been established, owing to which refunds will be given completely and expeditiously.

"On the 16th of each month, when you input your data, you will receive an instant refund [...] and this has come into effect since August 30. If you have any feedback on this, we are open to questions," he said, addressing businessmen.