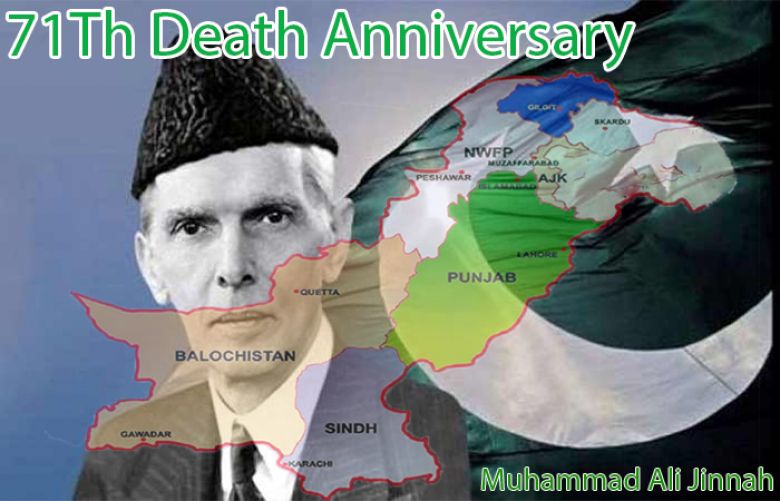 The 71st death anniversary of the father of the nation Quaid-e-Azam Muhammad Ali Jinnah is being observed today.

In this connection, a special ceremony of Quran Khawani and Fateha would be held at the mausoleum of Quaid-e-Azam in Karachi while people of various walks of life including Governor Sindh Imran Ismail and Chief Minister Syed Murad Ali Shah would visit the mausoleum to lay floral wreaths and offer Fateha.

To mark the day, various programs have also been arranged by educational institutions and political, social and cultural organizations to shed light on the personality and leadership of Quaid-e-Azam Muhammad Ali Jinnah.

Father of the Nation Quaid-e-Azam Muhammad Ali Jinnah passed away on 11th September 1948 shortly after achieving freedom for the nation.

Azad Jammu and Kashmir are also set to observe and commemorate the death anniversary of the founder of Pakistan, Quaid e Azam, Muhammad Ali Jinnah on Wednesday (tomorrow) with utmost reverence.

Simple but impressive programs will be organized by various social, political, governmental and non-governmental organizations and forums in various parts of AJK including the state’s metropolis Muzaffarabad, as well as divisional headquarters of Mirpur, Rawalakot and all ten district headquarters of the liberated territory to pay rich tributes to the Father of the Nation.