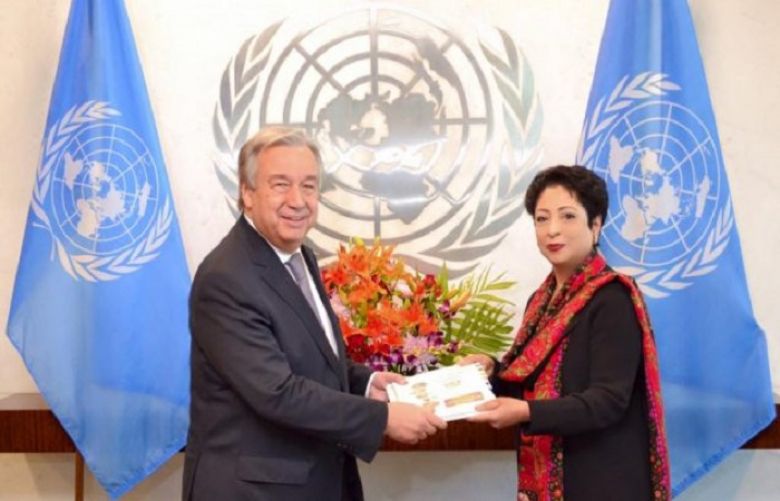 In a tweet, she said she met the UN Secretary General and told him that the grave political and humanitarian crisis, which unfolded after India's illegal annexation of occupied Jammu and Kashmir last month, poses a threat to international peace and security.

Dr Maleeha Lodhi said a political and human rights crisis is raging in occupied Kashmir with a round the clock curfew and lockdown having entered the 36th day.