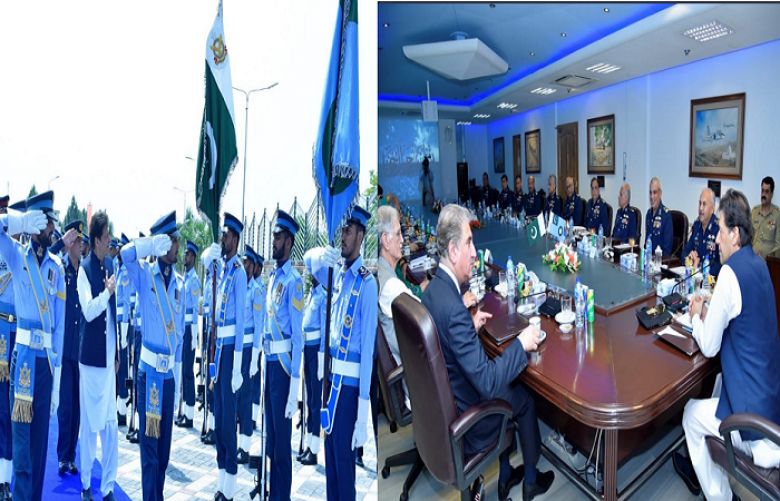 According to DG ISPR Ghafoor, the prime minister visited Air Headquarters Islamabad, where he was presented a guard of honour. The PM was welcomed by Chief of Air Staff, Air Chief Marshal Mujahid Anwar Khan.

During his visit, the prime minister laid floral wreath at the martyrs’ monument and lauded PAF's role in ensuring aerial defence of the country, especially the one displayed during February this year, said the DG ISPR.