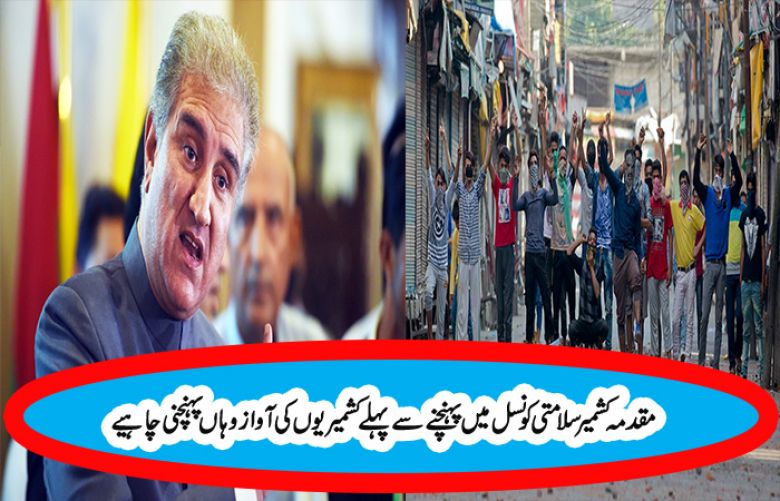 Addressing at the refugees camp in Muzaffarabad on Monday, he said Pakistan has decided to take the issue of Kashmir again to the United Nations (UN) Security Council and China has assured to extend full support for this purpose.

“The sacrifices rendered by the Kashmiri people will never go in vain”, he reiterated.

The FM said government of Pakistan stands firm with the people of occupied Kashmir and added that despite the internal difference, the national leadership of the country is on the same at the Kashmir issue.

Qureshi said the incumbent government is fighting the case of Kashmir at every forum.

He said people in occupied Kashmir are celebrating Eid-ul-Azha in curfew restrictions and they are not allowed to sacrifice animals.

Shah Mehmood Qureshi said entire Pakistani nation and political leadership is united on the issue of Kashmir and one voice will be sounded on Wednesday in support of oppressed Kashmiris.