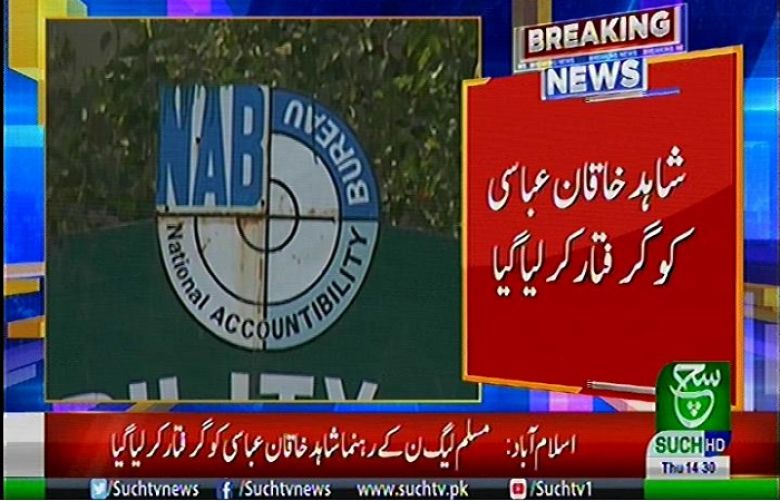 The former Prime Minister of Pakistan Shahid Khaqan Abbasi has been taken under arrest by NAB.

Arrest warrants for the politicians arrest had been issued prior by Chairman NAB Justice retd. Javed Iqbal.

Abbasi was summoned today for an appearance in regard to the ongoing LNG corruption case against him.

Failure to appear resulted in the action which lead to his arrest.

NAB had summoned Abbasi for investigations on four different occasions but he kept ignoring the calls for appearance.

Abbasi in a previous appearance had failed to answer all the question asked by the bureau regarding the LNG scam, of which he is a prime suspect.

Abbasi has been arrested after being shown an arrest warrant, sources claimed.