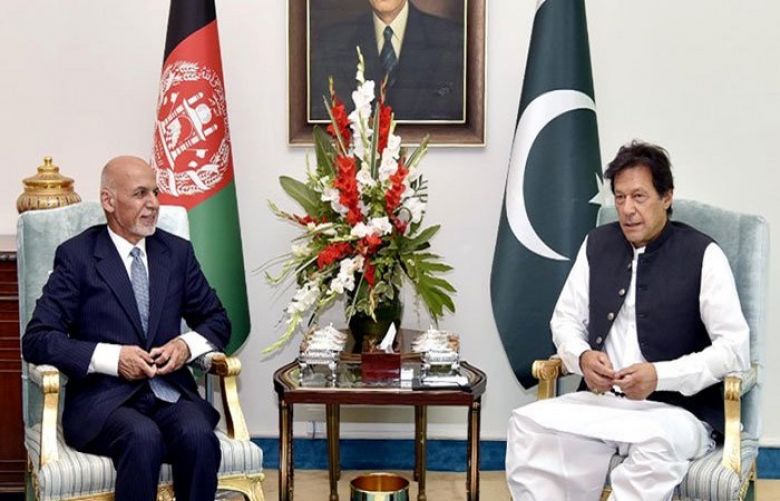 Prior to that, Ghani, who is in the country on a two-day official visit on Khan's invitation, had a separate meeting with the Pakistani premier to discuss matters pertaining to regional security and the ongoing peace process.

Khan warmly greeted the Afghan president upon his arrival and the latter was given a guard of honour at the PM House. Ghani is accompanied by a high-level delegation, comprising key ministers and senior officials.

Earlier, the Afghan president also met with Foreign Minister Shah Mehmood Qureshi and said he appreciated Pakistan's efforts for the peace process in the country.

Qureshi, during the meeting, said Pakistan will continue to play its role for peace in Afghanistan with sincerity, good intentions, and an open heart.

On the other hand, Ghani is slated to meet the leader of the Opposition in the National Assembly and the Pakistan Muslim League-Nawaz (PML-N) president, Shehbaz Sharif, and Pakistan People's Party Chairperson Bilawal Bhutto Zardari.

This is Ghani’s third visit to Pakistan and follows the recently-held first review session of the landmark Afghanistan-Pakistan Action Plan for Peace and Solidarity (APAPPS).

Other important bilateral exchanges in recent weeks included a telephonic call between the two leaders, a bilateral meeting on the sidelines of the Organisation of Islamic Cooperation (OIC) Summit in Makkah, and visits of the Afghan National Security Adviser and Minister for Refugees to Pakistan.