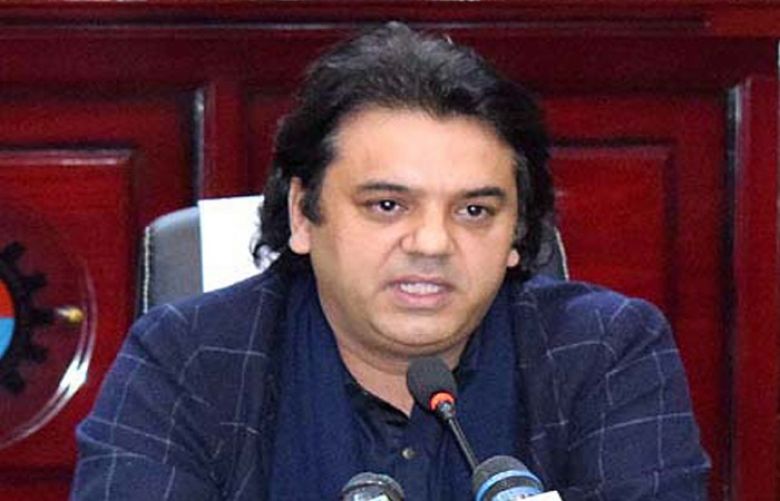 Prime Minister's Special Assistant on Youth Affairs Usman Dar says the commission announced by the Prime Minister will bring forth facts about the 24000 billion rupees loans obtained during the last 10 years.

Addressing a news conference in Islamabad today (Saturday), he said the Prime Minister will not protect any Minister, Advisor or official who has harmed the country.

The Special Assistant said alleged that Khawaja Asif received kickbacks in payment of circular debt in power sector during the PML-N government.

He said about twenty billion rupees development fund was provided for Sialkot, but no development project was executed there.

Usman Dar said Khawaja Asif, who held Iqama, had been receiving monthly salary of two million rupees from a company in UAE.

To a question, the Special Assistant said the PTI government depoliticized government departments and it also decreased its expenditures by fifty billion rupees.

Responding to a question about Kamyab Jawan Programme, he said one million youth will benefit from the first phase of the program.

Replying to another question, the Special Assistant said the government is taking measures to reduce trade deficit and enhance the country's export to fortify the economy.