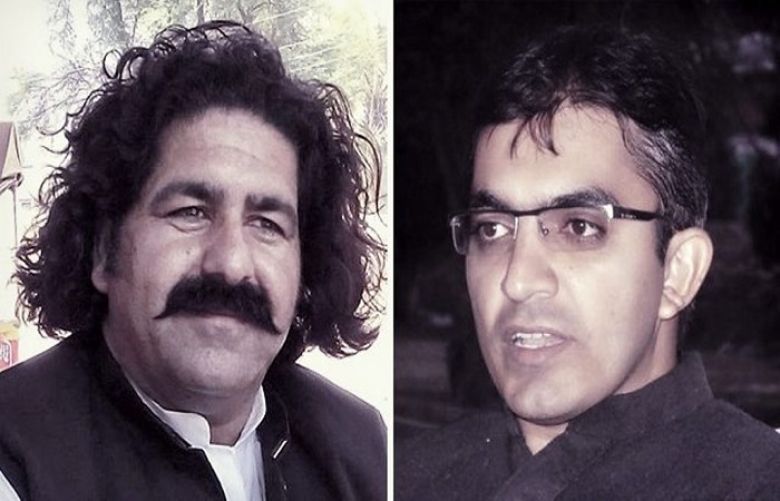 An application has been filed in Election Commission of Pakistan for disqualification of members of National Assembly (NA) and leaders of Pakhtun Tahafuz Movement (PTM), Mohsin Dawar and Ali Wazir.

Former chairman of Democrat Party of Pakistan Fatahyab Khalid has filed the application through his lawyer Hafiz Muhammad Sufian in the ECP wherein it is viewed that both the MNAs are involved in anti-state activities and they also violated the oath of the ECP.

The application also demanded to stop Ali Wazir and Mohsin Dawar attending the NA session immediately and impose a ban on the political activities of the PTM leaders.

Mohsin Dawar and Ali Wazir should be declared disqualified under article 62, 63 of the constitution, the application insisted on the ECP.