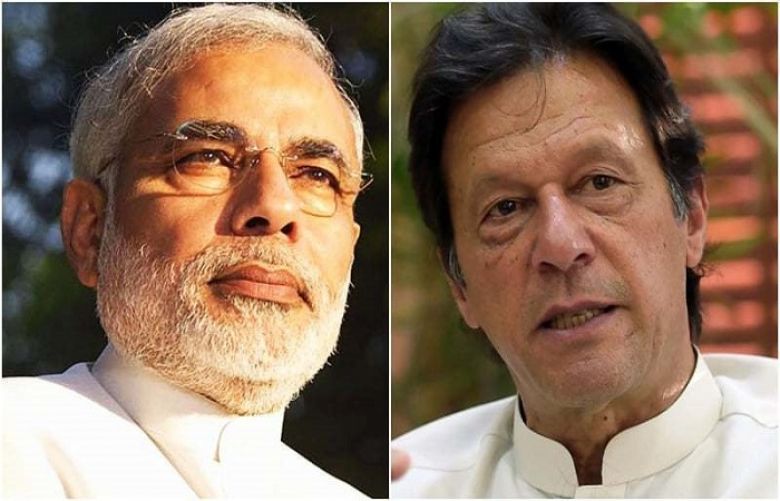 Indian Prime Minister Narendra Modi's Hindu nationalist BJP increased its majority in India's election with its best-ever tally of 303 seats on Friday. The main opposition party, the Indian National Congress, trailed the BJP with 52 of the 543 seats in parliament.

Modi, who coasted to a landmark win on the back of nationalist, anti-Pakistan rhetoric and a vision of a Hindu-first India, urged his coalition's newly elected MPs on Saturday to work for communal harmony on the model of the joint Hindu-Muslim uprising so as to deliver India its truer freedom.

Dr Faisal said: "Prime Minister (Imran) spoke to PM Modi today and congratulated him on his party’s electoral victory in Lok Sabha elections in India. PM (Imran) expressed his desire for both countries to work together for betterment of their peoples."

The premier ─ who had tweeted his congratulations to Modi on Friday ─ reiterated his vision for peace, progress and prosperity in South Asia, and said that he looked forward to working with Modi to advance these objectives, Dr Faisal added.

PM spoke to PM Modi today and congratulated him on his party’s electoral victory in Lok Sabha elections in India. PM expressed his desire for both countries to work together for betterment of their peoples.
1/2

Upon assuming office last year, Prime Minister Imran had expressed a desire to improve relations with India, saying that "if they take one step towards us, we will take two". But Khan's statement and subsequent overtures did not yield the desired result as anti-Pakistan sentiment appeared to be a dominant theme in pre-poll campaigning in India.

Relations between Pakistan and India reached a crisis point in February after a suicide bombing in occupied Kashmir's Pulwama killed more than 40 Indian paramilitary police in Kashmir. India had immediately hurled allegations of Pakistan's involvement, whereas Islamabad strongly rejected the claim and asked for "actionable evidence".

Pollsters say Modi and the BJP's re-election bid got a boost from a wave of patriotism after the suicide bomb attack and the resulting tensions between both countries, which also resulted in any peace initiatives being placed on the back-burner.

Qureshi had said "we made it clear to her that we want all the matters resolved through dialogue, and that Prime Minister Imran Khan had said in his very first speech that if India takes one step forward, we would take two steps forward [...] Even today we are ready for a dialogue."