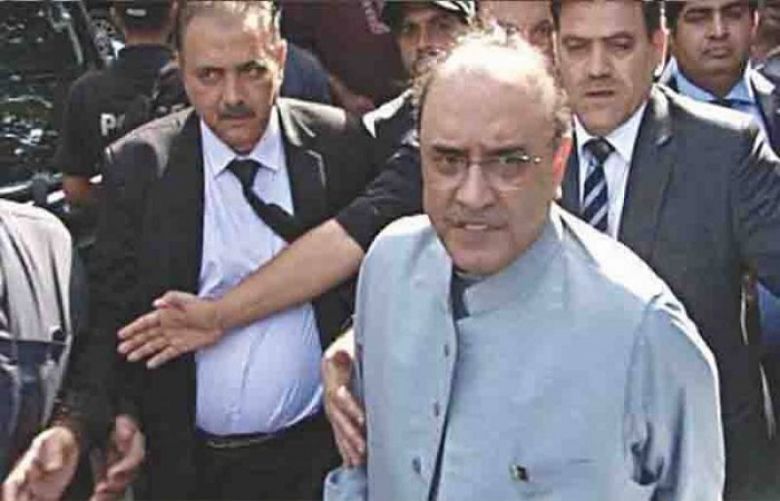 A two-member bench comprising Justice Mohsin Kiyani and Justice Amir Farooq granted interim bail to the former president till May 22 against surety bonds of Rs0.5 million each. It also approved extension pleas filed by Zardari and sister Faryal Talpur.

The bench’s decision in extension pleas:

When asked to give a time-frame for replies on bail requests, NAB prosecutor Sardar Muzaffar Ahmad Khan said the anti-graft watchdog will provide written reply only in inquiries it deemed merited arrest warrants.

The anti-graft watchdog is conducting investigations in pursuance of the Supreme Court’s verdict in the fake accounts case wherein it forwarded the joint investigation team (JIT) report with directions to investigate and file references.

Since a banking court in Karachi accepted NAB’s request to transfer the money laundering case to Islamabad, Zardari has received pre-arrest bail in five call-up notices while Talpur has received in two.

On May 14, the anti-corruption unit furnished details of inquiries, investigations and references in the fake accounts case. In the report, NAB listed down at least eight cases where Zardari’s link had been established. It further added that 22 inquiries and three investigations are underway while three references have been filed.