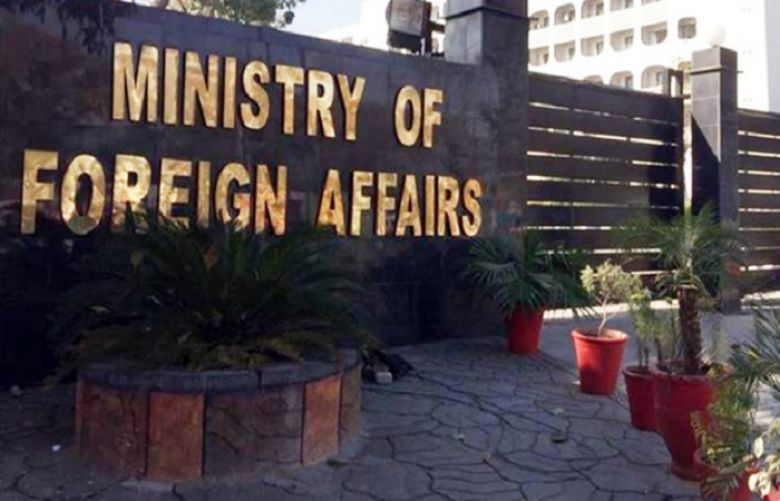 The Foreign Office said on Saturday authorities concerned of Pakistan and China were in close contact over the issue, involving the Chinese nationals.

“The government of China had offered all possible cooperation on the issue, which was highly appreciated,” a Foreign Office statement said, referring to the reports of fake marriage scam, involving some Chinese nationals.

“Both sides are closely coordinating their efforts. In this context, a Chinese team visited Pakistan recently and held meetings with our law-enforcement officials,” it said. “The Ministry of Foreign Affairs and Pakistan Missions in China are closely monitoring the situation and extending all possible assistance to Pakistani citizens who may have any complaints on the subject,” it added.

“We have noted the statement by the Chinese Embassy referring to investigation by the Chinese Ministry of Public Security on the issue. According to this investigation, there is no forced prostitution or sale of human organs of Pakistani women who stay in China after marriage with Chinese nationals.”

The statement stressed that Pakistan and China were ‘all-weather strategic cooperative partners’. “Friendship between the two countries enjoys strong public and institutional support in both countries. Both sides remain committed to strengthening this abiding friendship and strategic partnership in all dimensions,” it added.

Recently, several reports emerged, pointing to Chinese men involved in fake marriages with Pakistani girls for trafficking them to China.