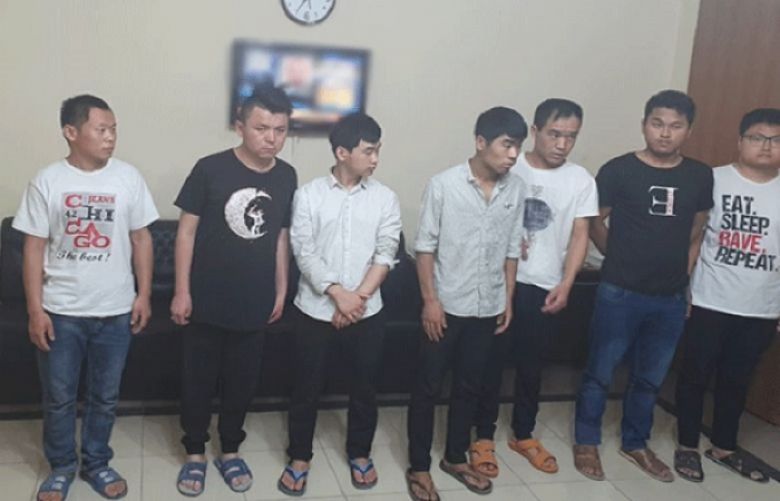 A local court in Lahore on Saturday extended physical remand of eleven Chinese nationals for two days in the Pakistani bride trafficking scandal.

Federal Investigation Agency (FIA) officials produced the suspects before a judicial magistrate on completion of their physical remand and demanded an extension in their remand for further investigation.

The court handed over the Chinese nationals to FIA for two more days and sent their local facilitators Shaukat and Ansar to jail on judicial remand.

It directed FIA to produce all the suspects on the next hearing scheduled for May 13.

During the hearing, the suspects contended that they were innocent and had come to Pakistan for business purposes.

At this, the judicial magistrate responded: “Let the process of investigation complete, the court will examine then [the merits of the case].”

FIA launched a crackdown against Chinese nationals following media reports about mistreatment and sexual exploitation of Pakistani women in China after their marriage with Chinese nationals.

The suspects have been booked under different sections, including the ones that deal with trafficking, cheating, forgery for purpose of cheating, and using as genuine a forged document.