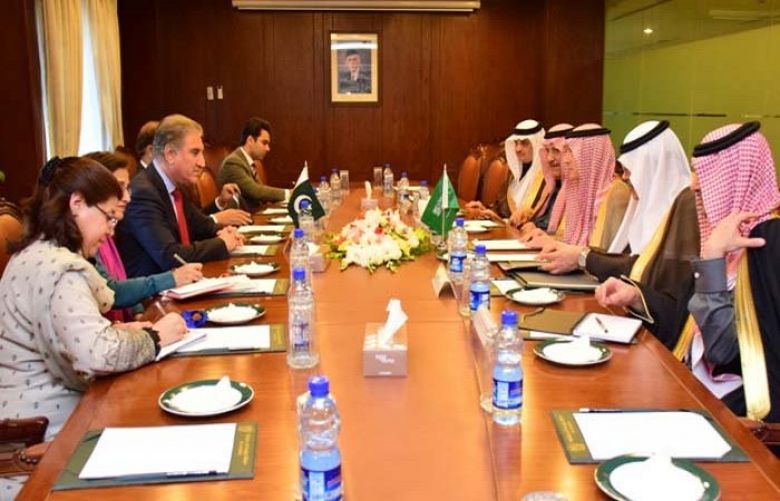 They discussed matters of mutual interest, including Pak-India tension and regional peace.

The Saudi State Minister is on a day-long visit to Pakistan at the direction of Saudi Crown Prince Mohammad bin Salman, and his tour aims at bringing the tense environment between Pakistan and India to normalcy.

Talking to him, the Foreign Minister welcomed the mediation offer from Saudi Crown Prince to deescalate the tensions between Pakistan and India.