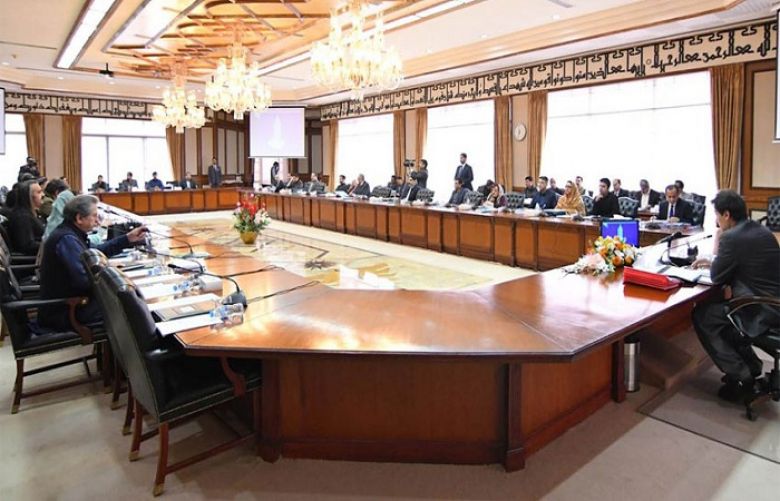 Briefing media on cabinet decisions in Islamabad this afternoon, Minister for Information and Broadcasting Chaudhry Fawad Hussain said the direction by Prime Minister indicates that the PTI government has no personal enmity with any person.

Information Minister said corruption cases against Nawaz Sharif and Asif Zardari were filed during the tenures of previous governments and incumbent government has nothing to do with these.

He said even the appointments in NAB were made during the previous government. However, the government will not pervert the course of justice or obstruct the work of NAB to benefit any influential personality.

Chaudhry Fawad Hussain referred to the issue of renewing the license of Air Blue which came under consideration in today's meeting and it was approved without any hesitation. This shows that government does not believe in personal victimization.

The Minister said the consensus developed against the Indian aggression in Pakistan is encouraging and the government wants to build on this while taking important decisions in the national interest.

He said the Cabinet decided that strategy regarding action against proscribed organizations will be made in consultation with all parliamentary leaders.

He said all political parties are signatory to National Action Plan of 2014 that includes a provision that soil of Pakistan will not be used against any other country. He said the activities of proscribed organizations are already banned in the country.

However, in order to ensure compliance with Financial Action Task Force, further measures are being taken.

Chaudhry Fawad Hussain said the cabinet took into consideration the landmark achievements and objectives set by the government.

He said Ministry of Law is working on various bills relating to human rights and these will be tabled soon into parliament.

He said the cabinet approved the decisions of ECC taken in its meeting. He said Asim Saeed has been appointed Managing Director Pakistan Software Export Board.

The Minister said Prime Minister emphasized to devise policies to save the poor segments of society from the inflation. In this regard, a poverty alleviation program is being finalized that will be announced soon.