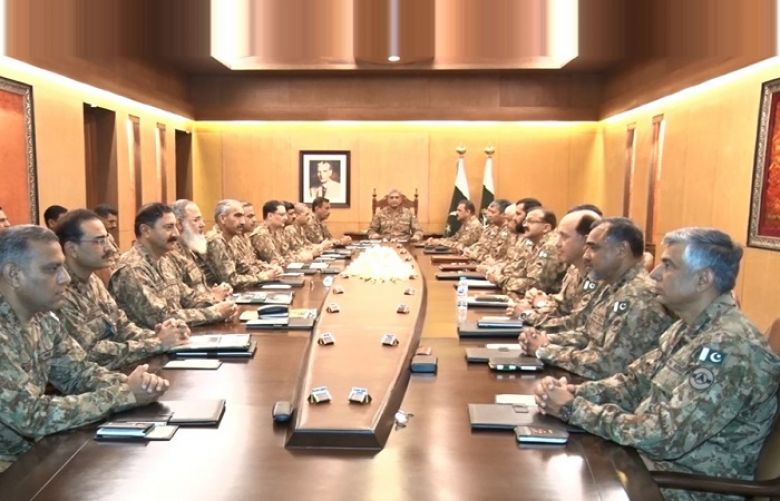 Forum reviewed geo-strategic environment and situation due to ongoing Pakistan India standoff. Forum expressed strong will, resolve and determination to defend the motherland against any misadventure or aggression.

Continuity of such brutalities are only fuelling the fire and need to be stopped in the interest of regional peace which also merits world’s attention, forum concluded. Forum also discussed progress of National Action Plan 2014 (NAP).

CCC at GHQ. Forum expressed strong will, resolve & determination to defend motherland against any misadventure/aggression. Indian atrocities in IOK & deliberate targeting of civilians along LOC are only fuelling the fire and need to be stopped for regional peace. (1 of 3). pic.twitter.com/qoOI1KO2tt

COAS, appreciating morale and performance of the forces, support from the nation and above all blessings of Almighty Allah, directed for continued state of vigilance and alertness so as to be prepared for response to any threat.

COAS also directed to further the efforts in line with decisions of the government to accelerate implementation of NAP while rendering full assistance to other state institutions.

“Pakistan is on the positive trajectory of peace, stability and progress. No one can make us budge through use or threat of use of force. Similarly, policy and the right of use of force shall remain the prerogative of the state alone”, COAS concluded.