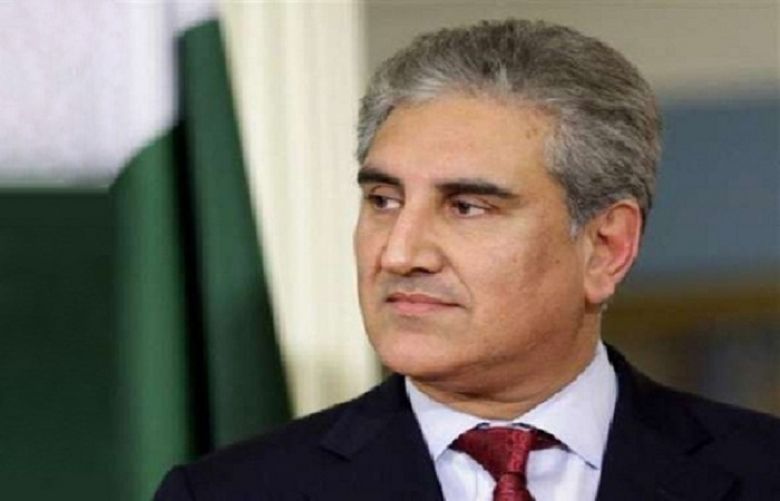 The foreign minister met Pakistani High Commissioner to India Sohail Mehmood and discussed the relations and current situation between Islamabad and New Delhi.

"Pakistan desires de-escalation and an improvement in the current situation," the foreign minister said. "The delegation-level visits will play a key role in this," he added.

"In March, both the countries will hold consultations over the Kartarpur corridor," Qureshi continued.

"Improved relations between India and Pakistan will lead to peace and stability in the region," the foreign minister asserted.

The Pakistani high commissioner to India will depart for New Delhi after the meeting.

Earlier today, while addressing All Pakistan Chambers of Commerce in Islamabad, Qureshi said Pakistan wants peace in the region and has taken several steps in this regard.

"Pakistan has informed the world countries, including P5, about Indian hostility. Prime Minister Imran Khan has clearly said that Pakistan will retaliate if India violates its airspace," he added.

"Pakistan befittingly responded to Indian aggression as we were aware of New Delhi's misadventure due to the coming general elections in their country," he further said.