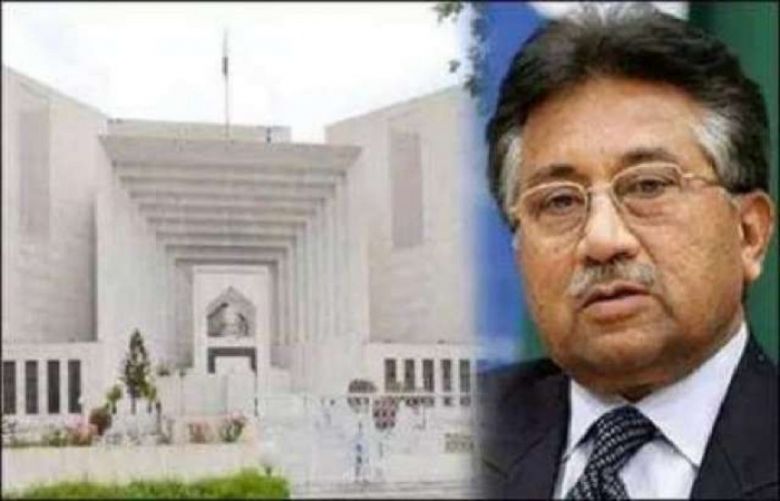 File Photo Govt’s duty to put Musharraf’s name on ECL and bringing him back: SC

The Supreme Court on Thursday took notice of the delay in the treason trial of former military ruler Pervez Musharraf.

Chief Justice Asif Saeed Khosa sought a report within 15 days from the court’s registrar to explain the reasons for the delay in the trial and said that the former president was not sent abroad by the court but by the government.

“Court decisions did not say that Musharraf should be sent abroad. If he is not coming back, his testimony should be recorded via Skype,” the CJP added further.

The attorney general of Pakistan was also summoned in person to appraise the top court as to what steps have been taken for bringing back the former military ruler.

“It was the government’s job to put Musharraf’s name on the Exit Control List (ECL), and bringing him back was also their job,” the CJP told the court.

“Should the court be held hostage by the accused,” the CJP asked.

The apex court also issued notices to the federal government and other respondents, and the case was adjourned till March 25.

The treason case was started in November 2013, months after the Pakistan Muslim League-Nawaz’s (PML-N) government came to power.