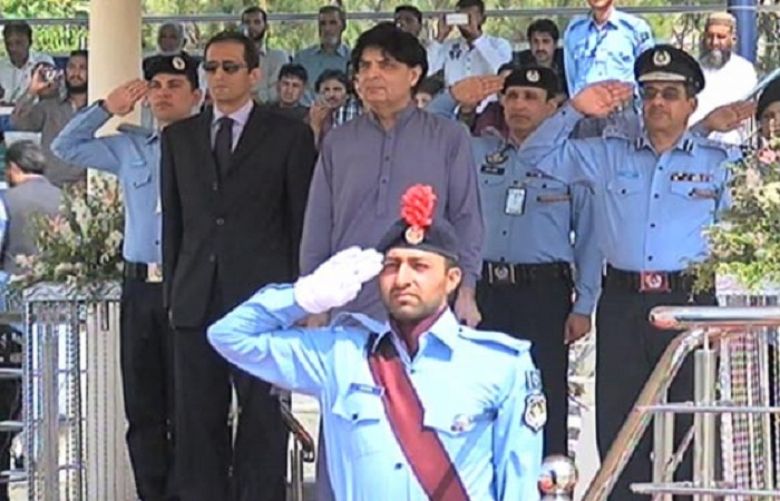 Speaking on this occasion, Nisar said he was happy that 480 new recruits were appointed purely on merit. “We wave to ensure transparency and merit in recruitment process,” he said.

He urged the Islamabad police chief to make the federal capital a crime-free city.

“There is visible improvement in the performance of Islamabad police,” he said, adding that his job was to ensure implementation of laws.

He also called upon the new police recruits to bring about a genuine change.

“You have to bring about a real change. Not the change one party was chanting. A real change,” he said.

Nisar also distributed the keys of vehicles among FC Constabulary, FIA and Islamabad police. The vehicles had been provided by the Chinese government.