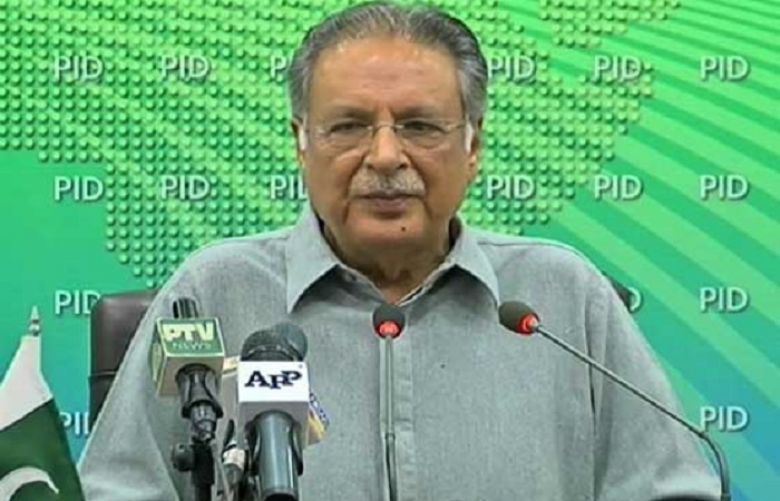 Minister for Information and Broadcasting Pervaiz Rashid on Saturday has said that Pakistan Tehreek-e-Insaf (PTI) chairman Imran Khan is pioneer of offshore companies in Pakistan.

While addressing a press conference in the federal capital, he said that Khan has lost moral authority to carry on his political career and that he was the pioneer of setting up offshore companies in Pakistan.

He would have to answer questions of the Parliament regarding the truth that he hid from the nation, he said.

The federal minister said that PTI has the most number of members who own offshore companies. Not a single minister of Pakistan Muslim League-Nawaz owns any offshore company whereas PTI members have at least six, he alleged.

Rashid said that Khan remembered how many runs he made during a cricket match in 1980, it does not make sense that he forgot about the company.

Federal Information Minister’s remarks have come a day after PTI chief admitted to owning an offshore company in 1980s to evade British taxes. He was talking to the media in London.

He claimed that nothing that he had done back then was illegal. Khan went on to state that he purchased and sold a flat in London through the same company.

He said that he never was a citizen of the United Kingdom and therefore had to make the offshore company in order to purchase property.

He added that he had to pay taxes if he did not make the company. "What I did was not a crime," said Khan. He said that he purchased the apartment from the amount of money he earned through playing county cricket.

Opposition has turned up the heat on the government since after Mossack Fonseca s leaked documents were published.

In the most recent development about the PM-announced commission to probe the issue, Chief Justice of Pakistan (CJP) Anwar Zaheer Jamali refused to form a judicial commission.

According to the CJP, it was ‘impossible’ to probe the issue under Terms of References (TORs) proposed by the government.