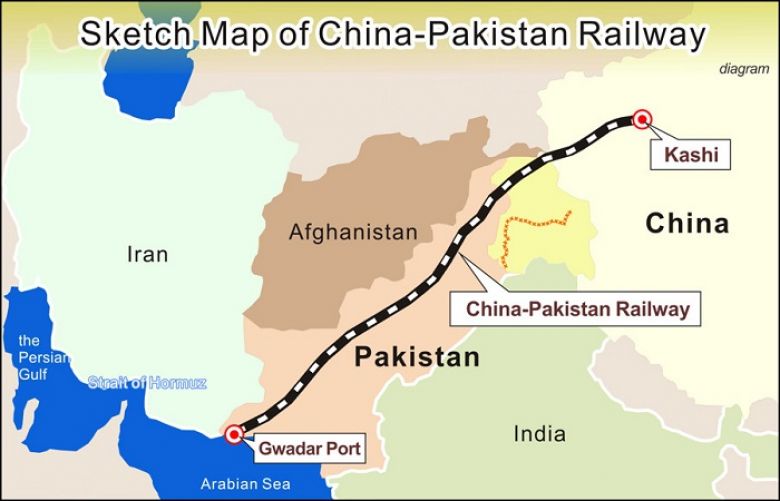 The Government has planned laying and upgradation of Railway tracks under China-Pakistan Economic Corridor.

Under the plan, new railway tracks will be laid from Gwadar to Quetta and Jacobabad via Besima.

According to the plan, upgradation of 1872 kilometers railway track from Karachi to Peshawar via Kotri, Multan Lahore and Rawalpindi including Taxila-Havelian with dualization of track from Shahdara to Peshawar will ALSO be carried out.

One thousand two hundred and fifty-four kilometer railway track from Kotri to Attock City via Dadu-Larkana-Jacobabad-D.G.Khan-Bhakkar-Kundian will also be upgraded.