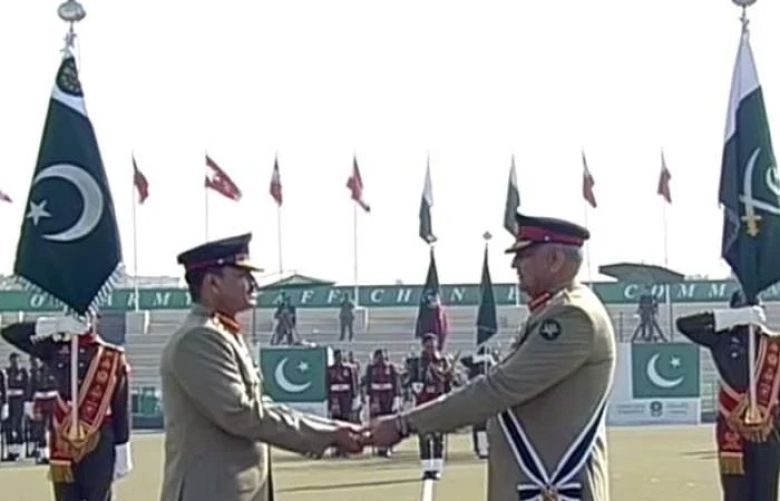 General Qamar Javed Bajwa on Tuesday handed over the command of the Pakistan Army to his successor General Asim Munir.

With the change of command, Gen Munir has become the 17th army chief of the Pakistan Army. The baton was handed over to the new chief of army staff at a ceremony held at the General Headquarters in Rawalpindi.

General Bajwa, who was the chief guest, was presented guard of honour for the last time as the chief of army staff during the ceremony.

Addressing the ceremony, the outgoing army chief congratulated his successor Gen Asim Munir for being promoted to the four star rank and as the head of the army.

“I have full faith that under his leadership army will reach new heights and his appointment will prove to be a positive for the country,” said Gen Bajwa. He added that he was happy to know that he was retiring by handing the army to an able officer like Gen Munir.

Before the ceremony, Gen Bajwa visited the Yadgar-e-Shuhda for the last time as chief of army staff. Gen Munir had accompanied him during the visit.

Gen Munir was chosen to lead the country’s army by Prime Minister Shehbaz Sharif on November 24. The summary of his appointment was ratified by President Arif Alvi the same day.