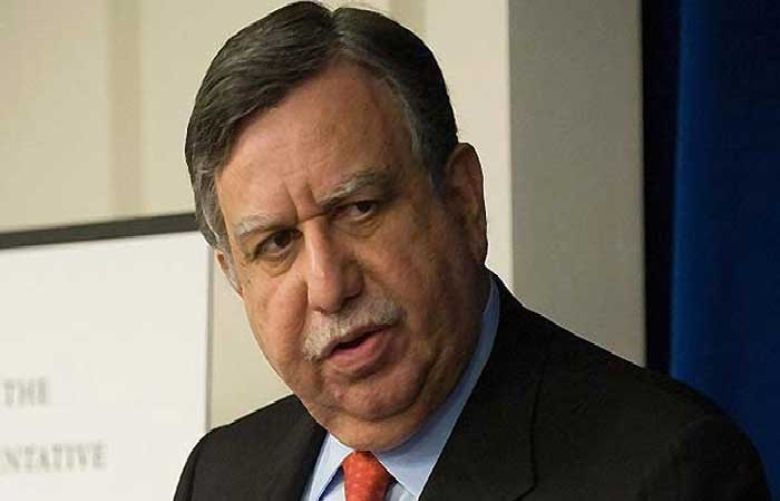 The audio features Tarin allegedly telling Jhagra over the phone to write a letter to the International Monetary Fund asking them to withdraw from the commitment for the surplus budget.

Sources within the FIA say that the senior PTI leader visited the cybercrime cell's office on Wednesday evening after receiving a second call-up notice. They said that FIA's staff had to come to the office again after 5pm as Tarin arrived late.

As per the sources, Deputy Director Mohammad Ayaz and Inquiry Officer Muneeb Ahmed interrogated Tarin, but he couldn't give clear answers to the questions.

He took a questionnaire with him and said he'll respond to it after consulting his lawyer.

The sources further said that Tarin is expected to be summoned again.

Last month, ahead of IMF’s board meeting to approve Pakistan’s bailout package, the PTI leader allegedly made telephone calls to Punjab and KP finance ministers asking them to write letters to the IMF withdrawing from the commitment for the surplus budget.

The audio leaks endorse the view that a letter written by the KP finance minister to Miftah Ismail in August threatening to withdraw from the IMF commitment was a deliberate effort to sabotage the government’s efforts to stabilise the economy.

In the leaked audio, Shaukat Tarin can allegedly be heard asking Jhagra if he had written the letter.

“I am on the way. I have the previous letter. I will send the letter to you after drafting it,” the KP finance minister allegedly replied.

Tarin allegedly directed Jhagra that the key point of his letter should be the flood devastation in the province.

“By the way, this is a blackmailing tactic,” Jhagra allegedly admitted, adding that "we will not give money anyway".