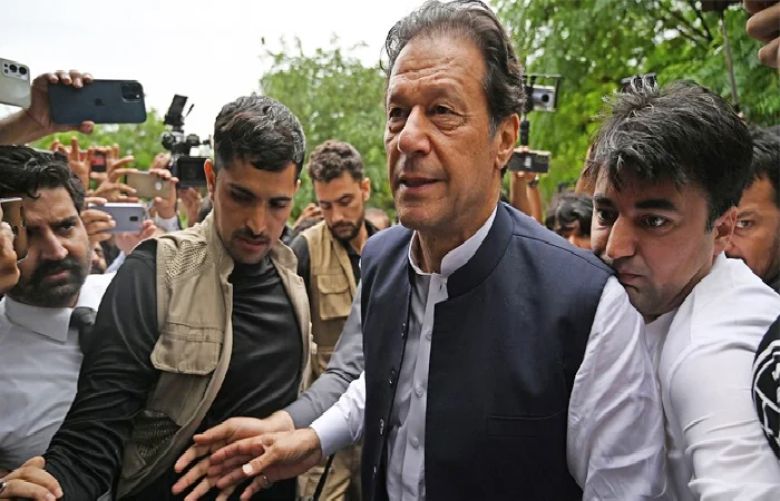 Islamabad High Court (IHC) holded back from framing charges against the Pakistan Tehreek-Insaf (PTI) Chairman Imran Khan in the case of threatening a female judge.

The contempt of court case against Imran Khan was heard by the Islamabad High Court (IHC) on Thursday.

During the hearing, the PTI Chairman prayed to the court to give him a chance to speak, he expressed willingness to appolojize in-person to the female judge.

On which the court holded the indictment of comept charge and adjourned the hearing.

Earlier IHC issued a circular, in which it was stated that larger bench of the court will frame contempt of court charges against PTI Chairman Imran Khan for passing controversial remarks about Additional District and Sessions Judge Zeba Chaudhry during a rally in Islamabad on August 20.

“A 15-member legal team of Imran Khan, 15 law officers from the office of Attorney General and Advocate General will be allowed to enter the courtroom,” read the circular.

No one will be allowed to enter the courtroom without the special passes issued by the IHC Registrar’s office, it added.

The circular further stated that, “Islamabad administration and police will take security arrangements to maintain the decorum of the court.”

Furthermore, a five-member larger bench of the IHC had decided to frame charges against Imran Khan in the contempt of court case during the last hearing on September 8.