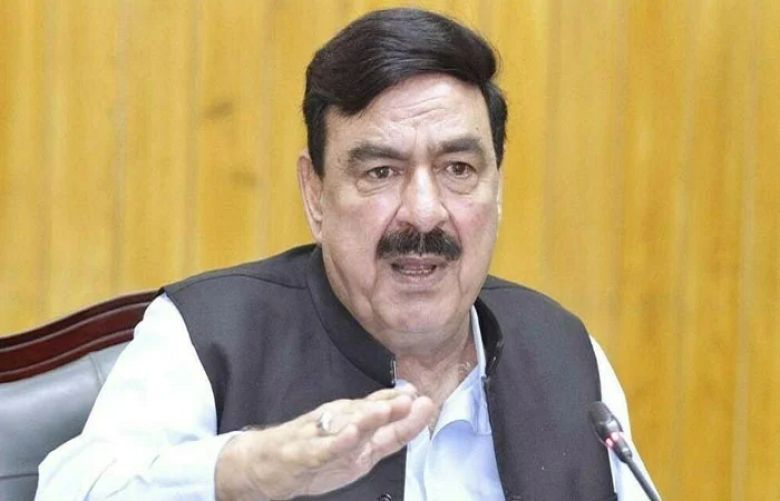 Reacting to the coalition government’s move to file references against the PTI chairman in prohibited funding and Toshakhana cases, former interior minister Sheikh Rasheed Ahmed on Tuesday warned that attempts to arrest Imran Khan or break the party would trigger "bloody politics" in the country.

Taking to Twitter on Tuesday, Rasheed said that the security of the country is more important than politics and power, adding that the instability in Afghanistan will also affect peace in Pakistan.

“Extortion and suicide attacks have started in the country,” the Awami Muslim League (AML) chief wrote.

It should be noted that the Federal Investigation Agency (FIA) has launched a probe into the illegal funding and has summoned senior PTI leaders to appear before it.

The government is tightening the noose around PTI after the ECP ruling in the prohibited funding case and a smear campaign against the military following the Balochistan helicopter crash in which six military personnel embraced martyrdom.

Warning the ruling alliance in a series of tweets, Rasheed said that the economic collapse, political instability, increasing extortion and terrorism incidents will bury their politics.

He further added that China is thinking well of Pakistan and the rulers should understand its signals and don't make Independence Day "a day of destruction".

“Arresting Imran Khan and plans to break PTI will be the start of bloody politics.”

He maintained that their agenda is to disqualify Imran Khan and make Nawaz Sharif eligible.