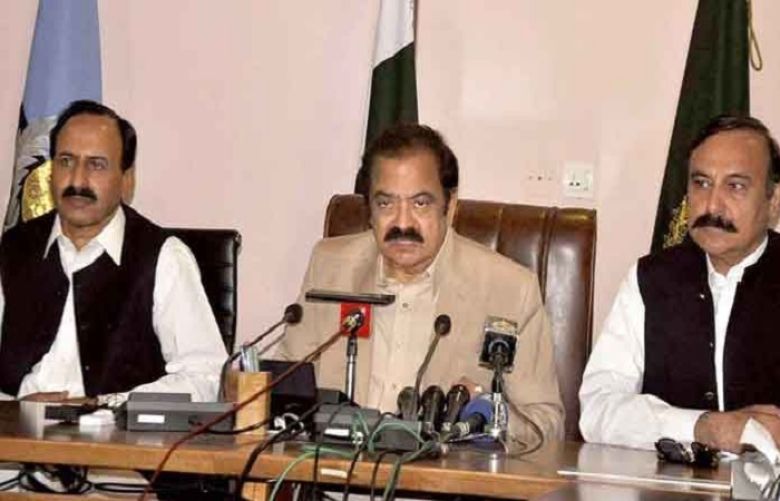 Lashing out at the PTI, Interior Minister Rana Sanaullah on Sunday claimed that Imran Khan will suffer defeat during the upcoming by-elections in all the nine National Assembly constituencies that fell vacant after the NA speaker accepted the resignations of the concerned PTI MNAs.

It is pertinent to mention here that the PTI is preparing to stage a ‘grand power show’ at Islamabad’s Parade Ground to decide its strategy with party supporters on the eve of Independence Day.

In a statement, the interior minister said that the PTI is allowed to stage a public gathering at the Parade Ground, adding that it will be a political stunt.

“Whoever will not cooperate with the FIA relating to an inquiry into the prohibited funding case [against PTI] will be arrested,” warned the interior minister.

Without giving an exact time frame, Sanaullah maintained that PML-N supremo Nawaz Sharif will return to his homeland ahead of the next general elections.