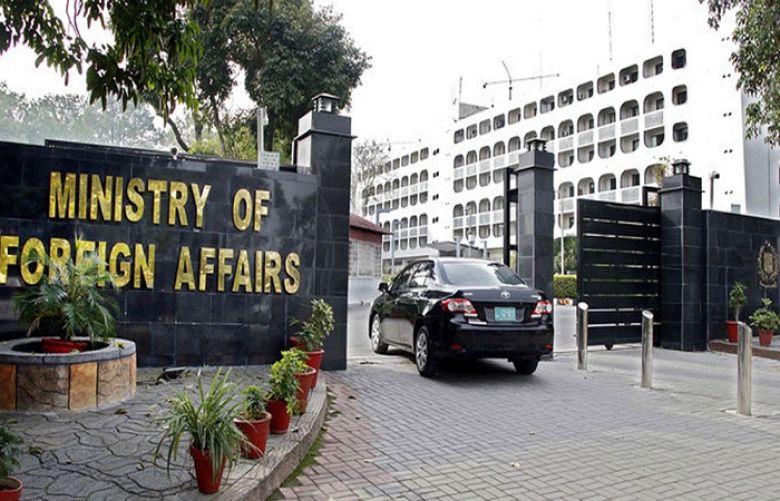 “Pakistan is deeply concerned over the evolving situation in the Taiwan Strait, which has serious implications for regional peace and stability,” the Foreign Office said in a statement.

The FO furthered that the world was already reeling through a critical security situation due to the Ukraine conflict, with destabilising implications for international food and energy security.

“The world cannot afford another crisis that has negative consequences for global peace, security and economy,” it maintained.

The statement added “Pakistan strongly believes that inter-state relations should be based on mutual respect, non-interference in internal affairs, and peaceful resolution of issues by upholding of principles of UN charter, international law and bilateral agreements.”

On Tuesday, United States House Speaker Nancy Pelosi landed in Taiwan evening, defying a string of increasingly stark warnings and threats from China that have sent tensions between the world's two superpowers soaring.

Pelosi, second in line to the presidency, is the highest profile elected US official to visit Taiwan in 25 years and Beijing has made clear that it regards her presence as a major provocation, setting the region on edge.

Live broadcasts showed the 82 year old lawmaker, who flew on a US military aircraft, being greeted at Taipei's Songshan Airport by foreign minister Joseph Wu.

Following her arrival, China's defence ministry said that the Chinese military has been put on high alert and will launch "targeted military operations".