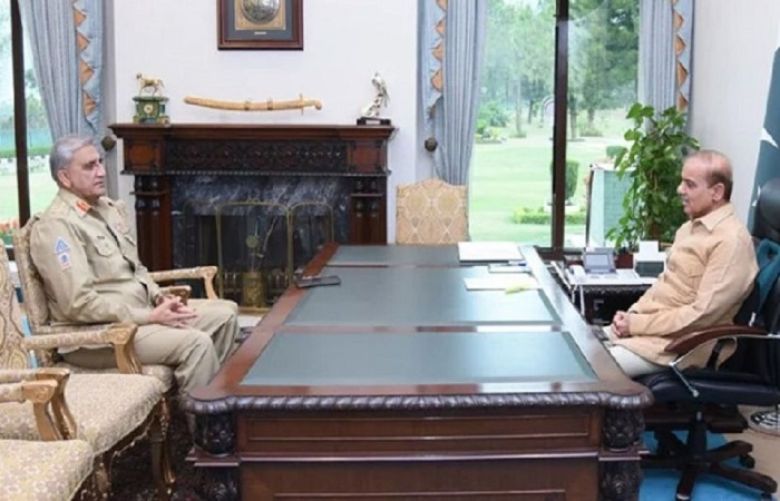 Prime Minister Shehbaz Sharif has expressed his concern over the safety of Commander XII corps Lieutenant General Sarfaraz Ali and other six officials onboard the helicopter, which went missing in Balochistan.

According to details, the prime minister in a telephonic conversation with Chief of Army Staff (COAS) Qamar Javed Bajwa received the latest information regarding the missing Army Aviation helicopter.

The premier expressed his concern over the safety of Commander of 12 Corps Lieutenant General Sarfaraz Ali and other six officials and jawans onboard the helicopter.

He termed Lt Gen Sarfraz Ali a thorough professional and an excellent person. The prime minister said the entire nation was deeply saddened over the incident and prayed for the safe return of the brave sons of the soil.

PM Shehbaz Sharif said the officers and jawans who provided assistance to the flood victims had emerged as an exemplary example of dedication and service. He added that serving the brothers, sisters and children in the hour of need was the real strength of the Pakistani nation.

According to the military’s media wing, the military helicopter was on a flood relief operation in Lasbela.

“A Pakistan army aviation helicopter which was on flood relief operations in Lasbela, Balochistan lost contact with ATC,” the ISPR tweeted.