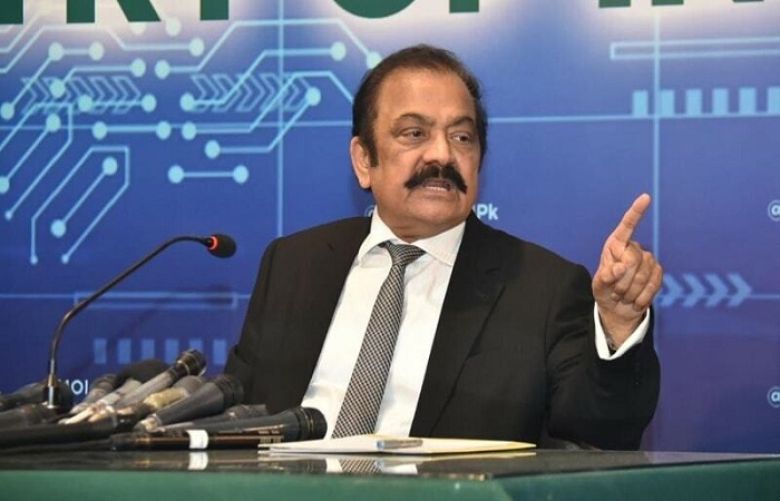 Interior Minister Rana Sanaullah revealed on Sunday that the security officials deployed to guard PTI Chairman Imran Khan will arrest him as soon as his bail expires.

Late Saturday night, the Islamabad police said that in view of Imran Khan's expected return to Islamabad from Peshawar, security around Bani Gala has been beefed up.

“In view of the expected arrival of PTI Chairman Imran Khan in Bani Gala, security around Bani Gala has been strengthened and placed on high alert,” said the police.

The Islamabad police further said that the security division has deployed dedicated security in Bani Gala. Section 144 is imposed in Islamabad and any congregation is not allowed as per orders of the district magistrate.

A police spokesperson said that Imran Khan will be provided complete security as per the law, adding that reciprocal cooperation is expected from the security teams of Imran Khan as well.

Reacting to the reports of Imran Khan’s expected arrival in Bani Gala, Rana Sanaullah said that they welcome the PTI’s chairman in Islamabad. “Imran Khan is being provided with security as per the law,” he wrote.

"Imran Niazi has been nominated in more than two dozen cases registered across the country under charges of rioting, sedition, spreading chaos and armed attacks on the federation," he added.

The "same security" provided to Imran Khan as per the law will arrest him with "great enthusiasm" once the bail ends, said the interior minister.

He asked: “How can a person who spreads chaos in the country, who has complete disregard for moral and democratic values and who sometimes calls his opponents traitors and Yazidis, be the head of a political party in a democratic society?”

He maintained that this was a "moment of reflection" for the nation.