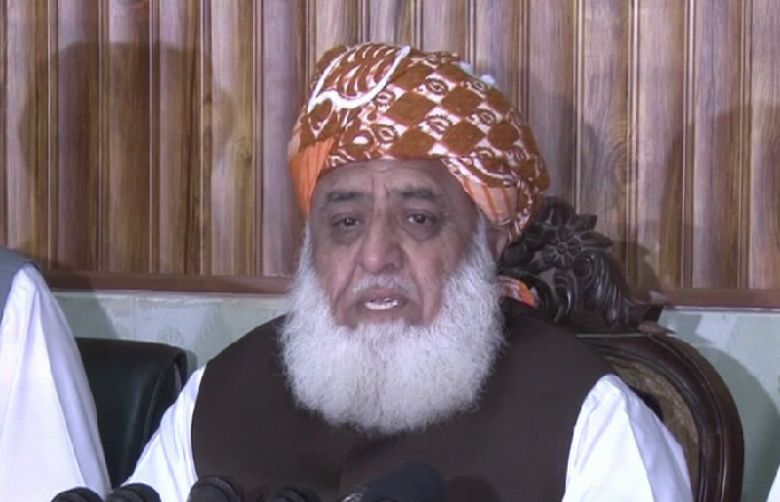 Taking a jibe at PTI Chairman Imran Khan, Pakistan Democratic Movement (PDM) chief Maulana Fazlur Rehman on Sunday said that the former premier was marching towards Islamabad "for no reason."

Khan has announced that he will be leading the PTI's much-awaited long march from Peshawar and will be reaching Islamabad on May 25. He has also demanded a date for the election as well as the dissolution of the assemblies.

Addressing a press conference in Peshawar, the PDM chief said that no one could break the record of the long march set by his party, the JUI-F, during Khan’s tenure.

“They are coming to Islamabad for no reason. A long march does not even hold the importance of two paisas,” Fazl said, adding that people would be “mad” to respond to the PTI chairman's call for the long march.

Talking about the economic challenges the country was facing, the PDM chief claimed that Pakistan was not heading towards bankruptcy but was already bankrupt because of the policies of the previous, PTI-led government.

“Problems that mounted over the last four years are being asked to be fixed within four days,” said Fazl, adding that the “biggest challenge” before the new government was figuring out how to uplift the economy.

“We need to make such a situation that China gets on board,” Fazl opined, adding that Khan’s economic experts had themselves warned that the rupee-dollar difference would cross the 200 mark.

He also said that this was the impact of Khan’s policies. "In difficult times, institutes and politicians need to be on the same page to solve the issues."