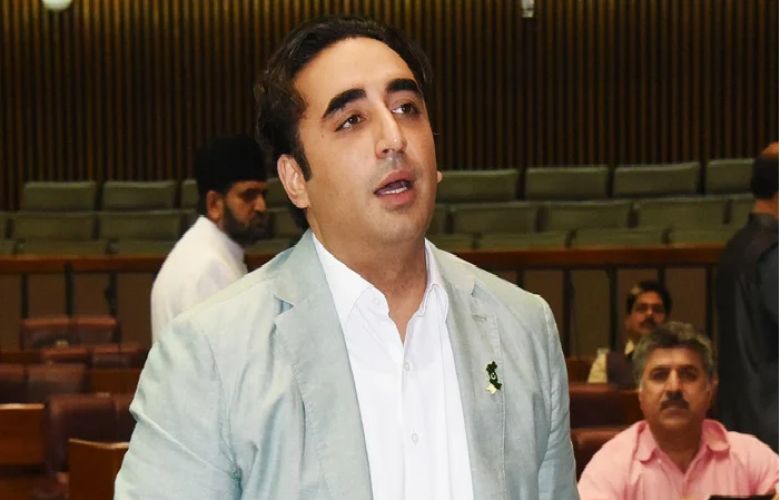 Foreign Minister Bilawal Bhutto-Zardari Saturday said that the whole Pakistani nation stands in solidarity with the affected Chinese families and vowed that those behind the Karachi University attack will not be forgiven.

The foreign minister was speaking at a condolence reference held at the Foreign Office for the Chinese nationals who were killed in a suicide attack last month at the KU's Confucius Institute.

Four people, including three Chinese nationals, were killed while four others sustained injuries in a car explosion on the premises of the University of Karachi.

Today's FO event was held a couple of days after Bilawal Bhutto's first meeting with the Chinese Foreign Minister Wang Yi in which the focus was on the security of Chinese nationals in Pakistan.

"We will not forgive the enemies of Pak-China friendship," the foreign minister said while speaking at the memorial service for victims of the Karachi terrorist attack.

"The attack was carried out in the name of Baloch people's rights. The Chinese are our guests and we will provide them all assistance."

The foreign minister said that no one can accept in Pakistan that the guests are targeted in a terrorist attack as we ourselves passed through this.

The foreign minister stressed that the people of Pakistan were killed in the name of religion, and noted that all provinces had witnessed terrorism first-hand.

Bilawal said the attack was not only on the Chinese teachers, but it was an assault on Pakistan-China's all-weather friendship, which has always overcome challenges.

"Everyone is aware that our relationship with China is not limited to state-to-state, but it expands to people-to-people," the foreign minister said.

The PPP chairman added that in the past, people were targeted in the name of religion, but Pakistan has to face such terrorists again, and it will emerge victorious from this test.

The foreign minister expressed that Pakistanis will never tolerate terrorist attacks on their guests and vowed to give exemplary punishment to the perpetrators.

"The sacrifice of Chinese and Pakistani people will not go into vain," he added.