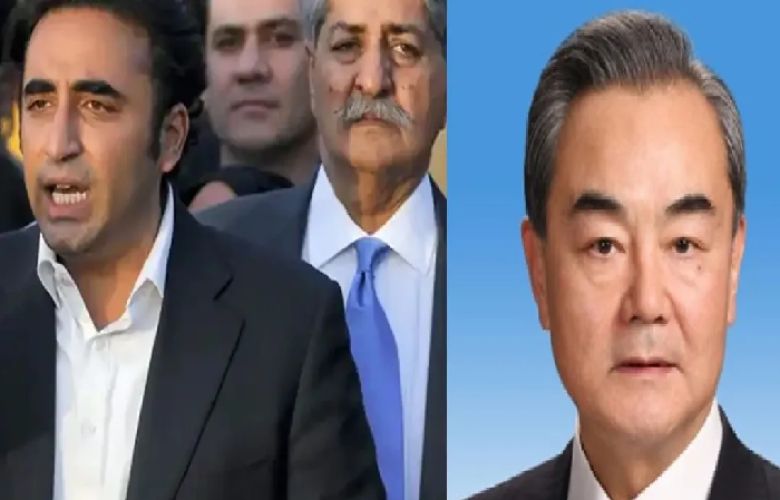 Foreign Minister Bilawal Bhutto-Zardari on Wednesday discussed the security of Chinese citizens and institutions in Pakistan, in a virtual meeting with his Chinese counterpart Wang Yi.

A statement issued by the Foreign Office stated that Yi, who is also the Chinese State Councilor, felicitated Bilawal on the assumption of office as FM.

FM Bilawal expressed on behalf of Pakistan the resolve to bring the perpetrators of the attack on Chinese nationals to justice and ensure the security of Chinese citizens in Pakistan,

He condemned the attack that killed three Chinese teachers of Confucius Institute at Karachi University and reiterated that Pakistan attached high importance to th esafety and security of Chinese projects, nationals and institutions in Pakistan.

"The terrorists' target is the friendship between the two countries but the Pakistani government will not let them get what they want. Pakistan's intelligence and law enforcement agencies have been working around the clock to catch the criminals and to prevent similar incidents from happening again,"

In response, Wang underscored China's will to work with Pakistan to suppress all plots and conspiracies intended to affect the friendly ties between the two countries. He conveyed that China fully appreciated the condemnation and solidarity expressed by President Arif Alvi, Prime Minister Shehbaz Sharif and other politicians.

Wang also urged that both the countries should take immediate and effective action against the recent terrorist attacks on Chinese nationals on Pakistani soil.

He highlighted targeted measures to prevent such incidents in future and suggested setting up a rapid security alarm and closing loopholes in security protection.

Besides detailed discussion on security, the two countries discussed bilateral, regional and global issues of mutual interest as well.

The FO said Bilawal conveyed that Pakistan enjoyed unique and time-tested bonds with China and appreciated the measures taken by the two sides to strengthen the All-Weather Strategic Cooperative Partnership between the two countries.

He thanked his counterpart for China’s firm support to Pakistan’s sovereignty, territorial integrity, independence and national development, and reaffirmed Pakistan’s full support to China on all issues of its core interest.

The foreign minister underscored his determination to inject fresh momentum in the bilateral strategic cooperative partnership and add new avenues to practical cooperation. He appreciated the transformational impact of the China Pakistan Economic Corridor (CPEC) on Pakistan’s infrastructure, energy, industrialisation, socio-economic development and improvement in the livelihoods of the people.