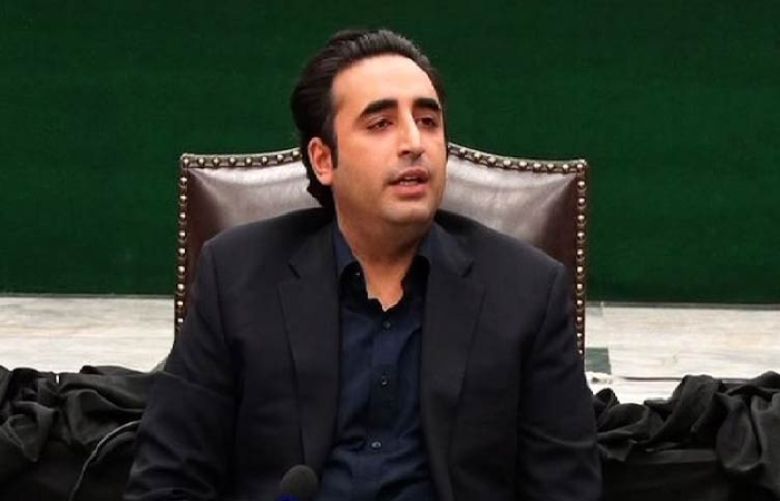 Foreign Minister Bilawal Bhutto-Zardari Thursday revealed a PTI minister had threatened him with the imposition of martial law a night before the no-confidence motion against ex-prime minister Imran Khan was passed.

In his address to the National Assembly, Bilawal told the house that the PTI minister asked him to either accept early elections or martial law would be imposed in the country.

The foreign minister said that despite PTI's repeated attempts to defeat the no-confidence motion against the former premier, their bids were foiled and the no-trust vote was successful.

Bilawal then demanded an investigation into the events leading up to and post the no-confidence motion that led to former prime minister Imran Khan's ouster.

Ex-deputy speaker Qasim Suri had termed the no-trust motion against Khan "unconstitutional" and dismissed it on April 3, and following this, the then-prime minister advised President Arif Alvi to dissolve the assemblies and he followed suit.

But the then-Opposition filed a plea in the Supreme Court seeking the nullification of the government's move. The top court then on April 7, declared the government's decision to dissolve the assembly and Suri's ruling against the constitution.

The SC had asked to hold the voting on the no-confidence motion on April 9, but Khan had the speaker prolong the session. But near midnight, the speaker resigned from office.

Being the senior member of the panel of chairs, PML-N MNA Ayaz Sadiq chaired a session on early April 10 and held the voting no-confidence motion which ultimately led to Khan's ouster.