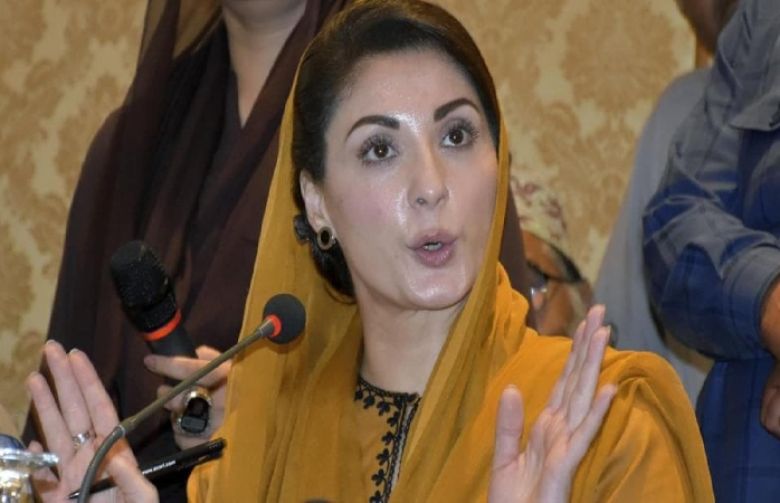 PML-N Vice-president Maryam Nawaz Thursday said that the chief of army staff should be a competent individual with a "flawless" background so that people salute the armed forces of Pakistan.

Speaking to journalists outside Islamabad High Court (IHC), Maryam Nawaz blamed the National Accountability Bureau (NAB) for the delay in her case.

“NAB has no evidence against me, if they had something then 10 months is a long period to prove. Either they give the excuse of coronavirus or they change their lawyers,” she said, adding that their [NAB’s] lawyers didn’t appear in the court during today’s hearing as they have no evidence against her.

“If there is any evidence against me then punish me, but if there is no evidence then the judiciary should take notice of the excuses given by NAB,” she said.

Criticising the PTI government, the PML-N leader said: “Those who have nothing to talk about their performance despite being in power for four years take support from conspiracy theories and threat letters.”

Maryam said Imran Khan is involved in a conspiracy against the country.

“Today I remember the statements of Dr Israr Ahmed and Hakeem Saeed who said that Imran Khan was being prepared to destroy the country,” the PML-N leader said, adding that she now understands what they meant.

Shedding light on the criticism from PTI leaders, she said that those who have been responsible for ruining the economy of Pakistan for the last four years are blaming the government who has come into power four weeks ago.

"Rupee shot to 185 from 105 during PTI's tenure and they stalled the prices of diesel and petrol because they knew that they would lose power."

She said that the country was brought to the bring of bankruptcy; however, they [PTI leaders] aren’t ashamed of holding press conferences.

Maryam said: “When a player is brought into the government from the cricket ground then this is what happens.”